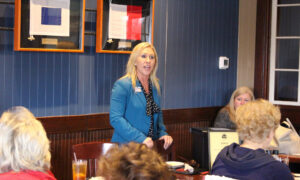 A BLM activist who was part of the break-in of the U.S. Capitol on Jan. 6 has been charged by the FBI.

A new undercover video shows Twitter’s CEO talking about how the banning of President Donald Trump was only the beginning of this type of censorship.

A senior scientist at NASA has been charged with lying about, as well as failing to disclose his ties to the Chinese Communist Party.