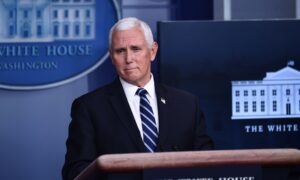 A new lawsuit is trying to clear up the question of whether Vice President Mike Pence can decide which electoral college votes to count. However, the House is trying to have it dismissed.

The deadline for the U.S. Census was yesterday, however the Census Bureau did not make it. Furthermore, the Supreme Court ruled that they cannot have illegal aliens included in the count.

And almost two months after the election, there is still one House race in the entire country that remains uncalled. What’s keeping them up?