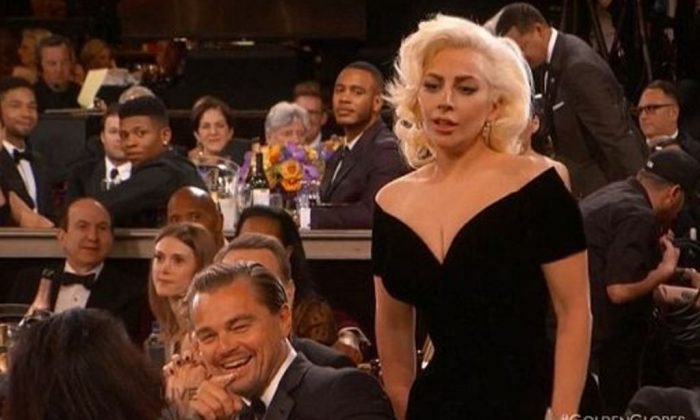 Leonardo DiCaprio was laughing at the Golden Globes when Lady Gaga passed by him.

In what was possibly the most shared moment of the awards ceremony, she rubbed against his chair, forcing him to take his arm down.

Caught by surprise, DiCaprio then made a face at her as she moved toward the stage to accept her award.

“I just didn’t know what was passing me—that’s all!” he added.

Gaga won Best Actress in a Supporting Role in a Limited Series for her role in “American Horror Story: Hotel,” while DiCaprio won Best Actor for his role in “The Revenant.”