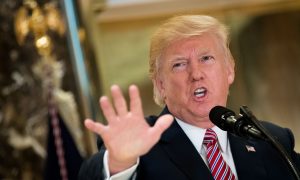 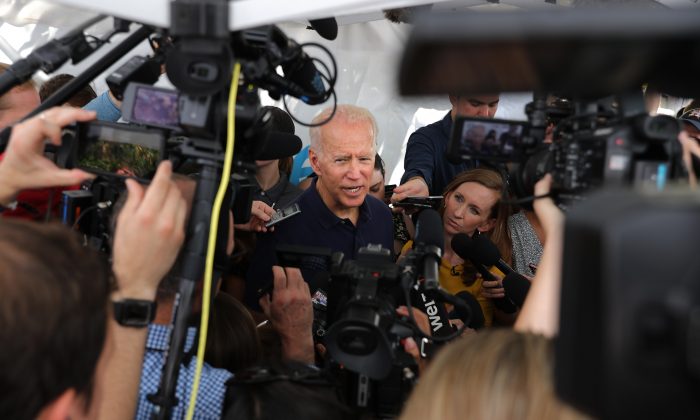 Former Vice President Joe Biden was confronted on Thursday, Aug. 8 over his claim that President Donald Trump didn’t condemn neo-Nazis and white nationalists after the Charlottesville clashes but refused to change his stance on the issue.

Biden kicked off his campaign earlier this year by praising Antifa and twisting Trump’s words. The 76-year-old has continued the theme in a number of appearances since, including a Thursday showing at the Iowa State Fair.

“Charlottesville—that hate and that venom that we saw, and then the president saying, when asked about the groups … as well as the young woman, when she was killed, he said there were very fine people in both groups. Very fine people. No president, sitting president has ever said something like that. And the only thing that’s happened is it’s gotten worse,” Biden said, reported Breitbart.

Here is the video of Trump saying it: “I’m not talking about the neo-Nazis and the white nationalists, because they should be condemned totally”

After a reporter asked, “Do you think that what you call the alt-left is the same as neo-Nazis?” Trump said, “Excuse me, they didn’t put themselves down as neo-Nazis, and you had some very fine people on both sides.”

“You had people in that group that were there to protest the taking down, of to them, a very, very important statue and the renaming of a park from Robert E. Lee to another name,” Trump said.

“You know what? It’s fine, you’re changing history, you’re changing culture, and you had people—and I’m not talking about the neo-Nazis and the white nationalists, because they should be condemned totally—but you had many people in that group other than neo-Nazis and white nationalists, okay? And the press has treated them absolutely unfairly,” Trump said.

Trump said: “I’m not talking about the neo-Nazis and the white nationalists, because they should be condemned totally”

Confronted by Breitbart reporter Joel Pollak at the fair, Biden refused to acknowledge that Trump condemned the neo-Nazis and white nationalists.

“He called all those folks who walked out of that — they were neo-Nazis. Shouting hate, their veins bulging,” Biden responded.

“But he said specifically that he was condemning them,” Pollak said to Biden. “He said—”

“He did not,” Biden interrupted. “He walked out and he said—let’s get this straight—he said ‘there are very fine people of this group.'”

Pollak tried following up but Biden walked away.

Biden and a number of other Democratic lawmakers and candidates, and a slew of media organizations, continue claiming Trump called neo-Nazis and white nationalists “very fine people” despite proof that he didn’t.

CNN’s Jake Tapper is among those who have admitted Trump didn’t say it, though CNN keeps publishing stories and having on people who claim he did.