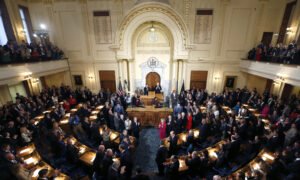 Just a week after the release of a 100-page report on two Florida boys who went missing out at sea last summer, a new video has emerged, possibly showing their last moments.

Images were released by by the Florida Fish and Wildlife Conservation Commission, apparently showing 14-year-olds Austin Stephanos and Perry Cohen going out to sea from Jupiter, Fla., on July 24.

The two boys were said to be experienced boaters and fishers, having grown up on the water.

“I think that the video was released because the Florida Wildlife Commission has decided it no longer wants to investigate,” Guy Rubin, who is an attorney for the Cohen family, told CBS News. “But the family thinks that the wrong decision. Why would you end an investigation when you find new evidence?”

The footage was captured from a camera on the railroad bridge across the Loxahatchee River along Alternate A1A, reported the Palm Beach Post. It shows the two Tequesta boys heading toward the Jupiter Inlet at 9:45 a.m. on July 24 on Austin’s boat, a 19-foot SeaCraft.

They were going out to fish but apparently were caught in a storm.

Citing the clip, the Post reported that Austin was at the wheel of the vessel with Cohen seated along the left side of the craft. There are no adults or other passengers on the boat.

The boys’ boat was found last month by a Norwegian supply ship, 100 miles from Bermuda.

New evidence that was found on the boat includes Austin’s iPhone and pictures that show the boat’s battery, which indicates the engine was turned off.

The boys’ parents are now battling over what to do with his phone, but they finally agreed to let Apple analyze it in the hopes they’ll find some new clues, Fox8 reported.

Meanwhile, a pilot who was involved in the search for the boys claims to have taken a photo of a person sitting on a piece of debris out at sea. Bobby Smith told Florida Fish and Wildlife Conservation Commission investigators that he was flying near the Georgia coast when he saw two white pieces of debris tied together with an orange life jacket. He saw a person and when he climbed in altitude to radio controllers, he couldn’t spot the debris again. The Coast Guard also couldn’t find anything, but Smith told the Orlando Sentinel that his granddaughter took a picture.

The two boys also sent messages on social media before the disapperance. One of them sent a Snapchat message that said, “We’re f’d.”

It was also reported that Cohen sent texts to his mother.

“Mom, it’s Perry. My iPad is dead, I’ll text you in a little. Love you,” Cohen wrote to his mother, Pamela. She texted him back soon after that.

She wrote back, “OK. I wanted you to sleep home tonight, I miss you. We leave Sunday morning for New York. What about your work?”

“But I was going to sleep at,,,” he wrote before his message cut off.