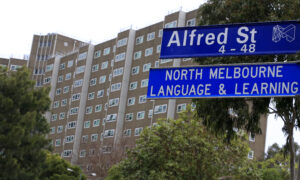 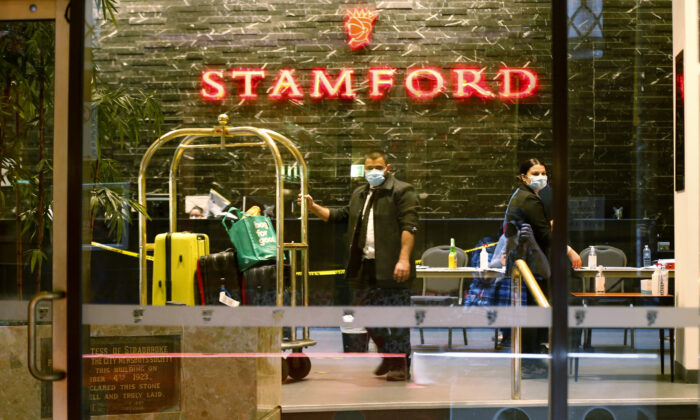 Premier Daniel Andrews has been grilled over his government’s handling of the coronavirus pandemic, saying the defence force wasn’t on offer to guard Victoria’s quarantine hotels.

Failures in the hotel quarantine scheme are believed to be responsible for the state’s second wave of COVID-19, which has killed hundreds of people and led to the nation’s toughest lockdown.

Premier Daniel Andrews told the Public Accounts and Estimates Committee’s COVID-19 Inquiry the Australian Defence Force hadn’t been offered to guard the hotels at the time the scheme was introduced, despite reports to the contrary.

“It is fundamentally incorrect to assert that there was hundreds of ADF staff on offer and somehow someone said no. That’s not, in my judgement, accurate,” he said on Tuesday.

“It’s been provided in limited circumstances in NSW, not to provide security as such but to provide transportation from the airport to hotels.”

But in a statement, the federal Minister for Defence Linda Reynolds said ADF support was offered to Victoria “on multiple occasions.”

“The ADF was consistently advised that its assistance was not required for any ‘public-facing roles’ in Victoria,” she said.

Asked by Nationals MP Danny O’Brien if he regretted the decision to use private security, Andrews replied: “No-one wanted a second wave, none of us has the luxury of going back in time.”

Victoria’s Chief Health Officer Brett Sutton told the inquiry he was not involved in the decision to use private security guards.

“I was not involved in that decision making whatsoever,” he said.

Under the state’s emergency management structure, the Emergency Management Commissioner Andrew Crisp signed off on the plans.

Earlier on Tuesday, the Herald Sun published a leaked video of bureaucrats from the Department of Jobs, Precincts and the Regions congratulating themselves for setting up the hotel quarantine program in less than 24 hours.

“We have been thinking about this as one massive inbound super trade mission, which just keeps rolling,” a department head says in the video.

Asked why people “who fix roads and run an art gallery” were running the scheme Andrews replied: “People across the board are performing roles and functions that are a long way away from what they might be traditionally expected to.”

The premier deflected other questions about the program, noting a separate probe into hotel quarantine would begin public hearings on August 17.

“No matter what we did, no element of this could be made perfect,” he said.

Greens MP Sam Hibbins noted some residents waited days for food to be delivered, while a mother was kept apart from her premature baby in hospital.

“The ultimate vulnerability here was not whether someone got fed in five hours or waited until the next day to get groceries,” Andrews said.

“The ultimate vulnerability … was this thing infecting everyone in those towers and hundreds of people dying.”

Sutton said he was confident Victoria will be able to bring the second wave under control, but noted elimination of the virus was impossible.

“The virus is always there globally—the virus will always be there in international travellers, in maritime crew who might arrive on our shores,” he said.

Professor Sutton said he was optimistic a vaccine will be developed within the next 12 to 18 months.

By Benita Kolovos in Melbourne