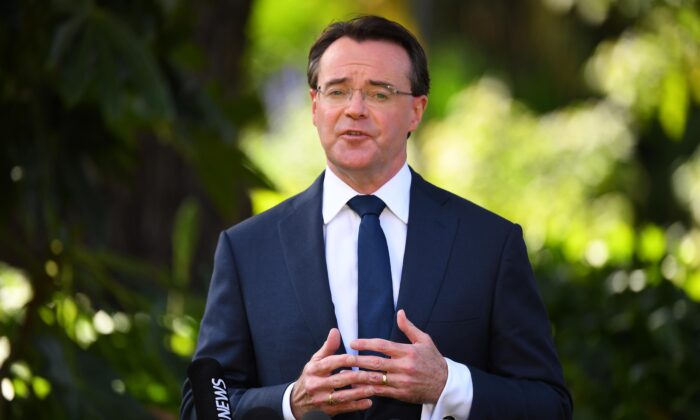 The Victorian opposition has pledged to bring the state budget back to surplus within five years if the Liberal and National coalition wins next year’s election.

This announcement by shadow treasurer Louise Staley comes after the Andrews government announced a plan in November 2020 to overturn the COVID-19 induced economic downturn with an unprecedented $23.3 billion budget deficit by the next financial year.

Staley told reporters on April 26 that the coalition will overturn the Andrews government’s state deficit through sustained economic growth, reducing government “waste,” and lobbying the commonwealth for a greater share of the GST.

“It should not be a difficult aspiration,” Staley said. “Other states are absolutely heading towards balancing their budget in that timeframe.”

“The alternative to that aspiration is to constantly run budget deficits, out into the never-never,” Staley added.

The projected forecast prompted international rating agencies S&P Global and Moody’s to lower their credit rating for Victoria from AAA to AA in December 2020, resulting in higher interest rate for the state’s loans—an additional $10 million per year on top of the $2.8 billion the state already pays.

Additionally, figures released by the Australian Bureau of Statistics in February 2021 revealed Victoria’s trade deficit with China had worsened—with the state importing $42 billion more from China than its exports to China—since Victorian Premier Daniel Andrews signed the now terminated Belt and Road deal in 2018, reported The Age.

“In our view, the Victorian government’s path to fiscal repair will be more challenging and prolonged than other states because of the significant increase in debt stock projected over the next few years,” S&P Global said in December 2020.

In response, Pallas said while the ratings firm’s decision to downgrade Victoria’s credit was expected, he said it was consistent with Reserve Bank Governor Philip Lowe’s call for states to borrow more to address the economic downturn due to the pandemic.

“Certainly the one thing that Victorians can be assured of is that we will continue to manage the economy responsibly, but that means necessarily changing to the circumstances of the time,” Pallas said.

But Liberal opposition leader Michael O’Brien criticised the Andrews government for not managing the state’s finances.

“It means higher taxes and charges and less into schools and hospitals,” he said.

Shadow Treasurer Louise Staley said her announcement was about “having a sound fiscal balance,” which allows Victorians to get the services they demand in health, education, and transport.

However, the Victorian Greens have criticised the opposition’s plan saying that the proposal will instead see “services gutted and jobs destroyed at a time when communities need them most.”

“If the pandemic has taught us anything, it’s that good secure jobs, good healthcare, good management of public housing, and a well-trained public health team are vital,” Deputy Leader of the Victorian Greens, Ellen Sandell, said in a statement.

Staley also reiterated the opposition’s position to construct the East-West link in 2022 if elected.

“Infrastructure comes off the capital account, and we have said we will build the East-West link before we build the North-East Link. But we recognise that there are infrastructure projects that are needed, but it’s all of the balance.”

The proposed tunnel, from the end of the Eastern Freeway in Clifton Hill to CityLink in Parkville, was dumped by the Labor government immediately after the 2014 state election.

“We have demonstrated as a Liberal-National government in the past that we can deliver infrastructure projects without cost blowouts, and that’s what we’ll do again,” she said.

Staley told The Age: “Having lived through COVID, and all of the lockdowns, and the changes we’ve all faced, whether we’re working from home, whether we have reassessed where we’re going to live, all of those things are going to mean Victoria has the potential to be a different place over the next few years than the trajectory it was on.”