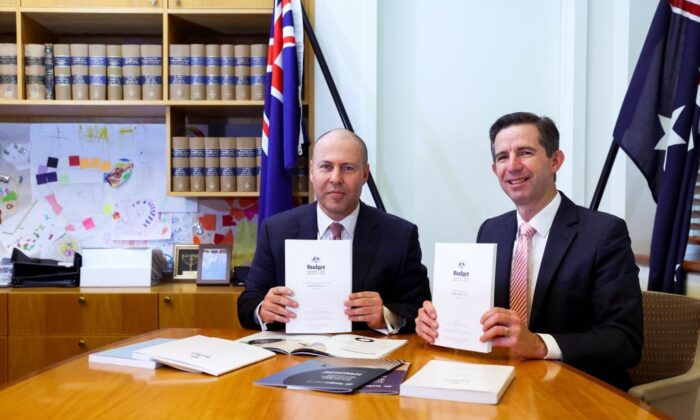 Public health and mental health advocates from Victoria have criticised the distribution of federal funding for healthcare across Australia and in Victoria as part of the 2022/23 federal budget announced on Mar. 29.

“The Commonwealth Government has failed to deliver fairer funding to Victorian public hospitals and address workforce shortages at a critical moment during the pandemic,” read the statement released by the Victorian Health Association (VHA).

CEO of VHA, Tom Symondson, said that COVID-19 had impacted Victoria more than any other state or territory and that more federal government support was needed to help its health system meet demand.

However, Symondson said that it is not fair that the Federal Government will continue to contribute “much less than 50 percent” of costs to run public hospitals under the current agreements.

According to the Australian Institute of Health and Welfare, in 2019/20, 70 percent of the health sector was funded by the Federal Government.

52.5 percent of public hospital costs were funded by the state and territory government, while 42.3 percent was funded by the Commonwealth if Medicare and pharmaceutical benefits were considered.

The VHA called for the Commonwealth to “step up and fund 50 percent of the cost of public hospitals with no growth cap to recognise the increasing cost of COVID-19,” as well as increased investments in mental health services and other communities.

“The funding model has been too slow to respond to the increased costs of COVID-19, and if it continues in its current form, it will be difficult for our hospitals to catch up and recover,” Symondson said.

The federal government promised the “first instalment” of the Commonwealth’s $2.3 billion (US$1.7 billion) National Mental Health and Suicide Prevention Plan as part of the 2021/22 federal budget.

For the 2022/23 federal budget, stage 2 of the plan followed the investments made the year previously in response to the suggestions of the Productivity Commission’s report; investing in prevention and early intervention, suicide prevention, treatment, supporting vulnerable Australians and workforce and governance.

$648.6 million (US$488.7 million) was promised as part of the stage 2 plan, with investments promised for suicide prevention trials with a new prevention program established in rural areas.

63.6 million (US$47.9 million) of funding will be used to continue the support of digital mental health programs such as Lifeline and $391.7 million (US$295.1 million) to support treatment programs and their expansion.

Taylor expressed that much of the funding is roll-ons from previous programs and not reforms.

“What many Australians were desperately counting on last night was a bold vision for placing mental health and wellbeing investment at the heart of Australia’s post-COVID-19 recovery,” she said.

“Mental Health Victoria is both disappointed and worried. There is still time for the Federal Government to provide details on that vision before Australians go to the polls over the coming weeks. But it is getting late.”