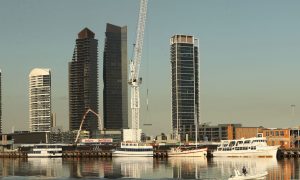 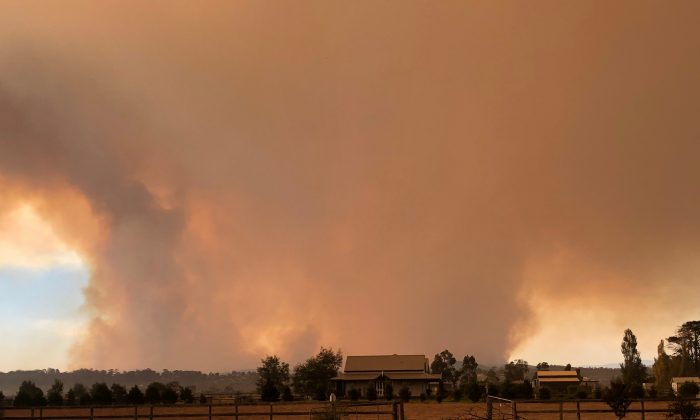 SYDNEY—Firefighters battled 25 blazes across the Australian state of Victoria on Sunday as a record-breaking heatwave delivered the hottest start to March on record for the southern third of the country.

The continent is prone to deadly blazes thanks to its combination of remote terrain, high summer temperatures and flammable eucalyptus bush.

A severe four-day heatwave has brought fire weather across the southern parts of Western Australia, South Australia, Victoria and Tasmania over the weekend.

The south-eastern state of Victoria was the worst hit, with more than 2,000 firefighters, water-bombing aircraft and volunteers battling blazes on Sunday.

A cool change was forecast for late on Sunday but an associated wind change would bring danger for firefighters.

“Not just for communities but for firefighters.”

An experienced firefighter told local media that the the blaze is worse than the Black Saturday fires that burned in the same spot ten years ago.

The Black Saturday fires had been the worst bushfires on record and destroyed thousands of homes in Victoria, killing 173 people and injuring 414 on a day.

“Under those very strong conditions experienced on that day (in 2009), it travelled neatly, whilst it damaged some property it was a very narrow finger compared to what we’re facing with this fire, because this fire has been growing,” Country Fire Authority assistant chief officer Trevor Owen told a community meeting in Pakenham on Sunday.

“What we’ve been doing is throwing everything we’ve got at the fire.”

“We are confirming there are three structure losses, it does appear that they could be homes,” Emergency Management Commissioner Andrew Crisp told local reporters.

“This is an active fire, it is moving, and there is every likelihood there will be further property losses.”

A wind change is making its way across the state and will present new challenges for fire crews.

“It is a dangerous time, putting it bluntly. Not just for communities, but for firefighters, and we’re very conscious of the safety of our firefighters and we will message in relation to that,” Crisp said.

“Don’t put yourself in harm’s way and potentially add to the already considerable workload our firefighters have,” he said.

There are more than 30 other fires still burning across Victoria.

The largest fire in Bunyip State Park was sparked by multiple lightning strikes on Friday.

Rural townships were evacuated with no reported injuries or deaths, but three homes and several properties had been destroyed by noon on Sunday.

The hot and windy conditions are expected to linger until Wednesday.

By Alison Bevege with reporting by Australian Associated Press