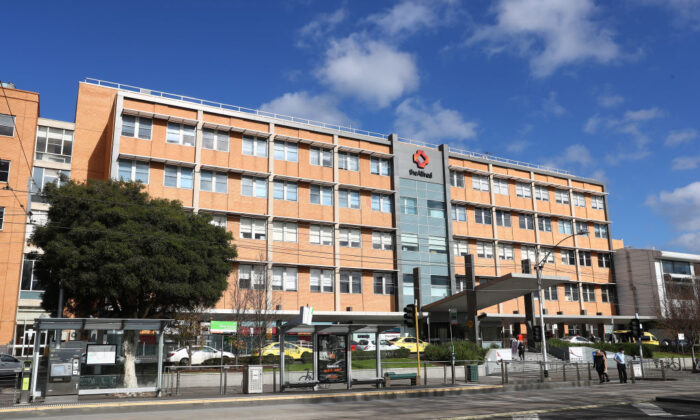 A general view of the Alfred Hospital in Melbourne, Australia, on July 15, 2020. (Robert Cianflone/Getty Images)
Australia

The Victorian government has announced that it will spend $1.5 billion (US$1.12 billion) to reduce the state’s elective surgery waitlist backlog via a catch-up scheme expected to raise surgical capacity by 25 percent.

The COVID Catch-Up Plan, which is designed to increase surgical activity across the state to 125 percent of the pre-pandemic level by 2023, will drive up the total number of surgeries to 240,000 per year in 2024.

“We know that COVID, twice, has hit elective surgeries hard,” Acting Premier James Merlino told reporters on April 3.”This plan will see record numbers of Victorians get the surgeries they need while making sure our frontline workforce is supported.”

Due to COVID restrictions implemented in the past two years, the state’s non-urgent surgery waitlists have shot through the roof.

In January, the Victorian government put category two and three procedures on hold, with 80,000 people on the waiting list in the last update in December.

The acting premier said that Victoria’s health facilities would perform an extra 16,000 surgeries on top of the current capacity by the end of 2022.

The $1.5 billion package will derive from the Victorian government’s funding after the federal government did not approve it in the 2022 budget.

“We asked the Commonwealth for support for this initiative, and they have refused. Nevertheless, we are going ahead with it,” Merlino said.

According to the scheme, the state government will convert the Frankston Private Hospital into a public surgery centre with a capacity of up to 9,000 surgeries a year from 2023.

And the number of services and surgery options at the centre will increase, with two new theatres scheduled to commence operation by early next year.

Furthermore, a $548 million investment will allow more public patients to be treated at private hospitals, with an additional 51,300 Victorians to receive non-urgent surgeries by June 2024.

In addition, the Victorian government will train 400 perioperative nurses, upgrade the skills of more than 1,000 nurses and theatre and sterilisation technicians, and recruit 2,000 highly-skilled healthcare workers from other countries with an over $80 million package.

It will also spend $20 million on surgical equipment and diagnostic machine upgrades.

Lisa Fitzpatrick, the Victorian secretary of the Australian Nursing and Midwifery Federation (ANMF), said that the scheme received careful consideration and understood the logistics and the workforce development.

“Anyone who spouts blame are simply proving they don’t understand the health system or the workforce, including what our members have been through and are still experiencing as we move into the third year of the pandemic,” she said.

“The ANMF looks forwards to working with the Andrews Government and Department of Health representatives over the coming months to assist in making this ground-breaking plan a reality.”

Meanwhile, deputy Opposition leader David Southwick said that the Labor government should have announced the funding two years ago.

“It is simply not good enough for the government now to promise more money when they should have done in the first place,” he told reporters.

In a related development, on April 1, 2020, Premier Daniel Andrews and Minister for Health Jenny Mikakos announced an injection of $1.3 billion into the healthcare system to boost the number of ICU (Intensive Care Unit) beds in the state to 4,000.

Nevertheless, the plan did not seem to materialise as the premier later backtracked on the announcement, and the number of Victoria’s ICU beds stood at 437 as of September 23, 2021, news.com.au reported.

Victorian MP Georgie Crozier questioned the Andrews government about the 4,000 ICU beds and the $1.3 billion spending in a state parliament session, but the premier’s response did not directly answer her question.