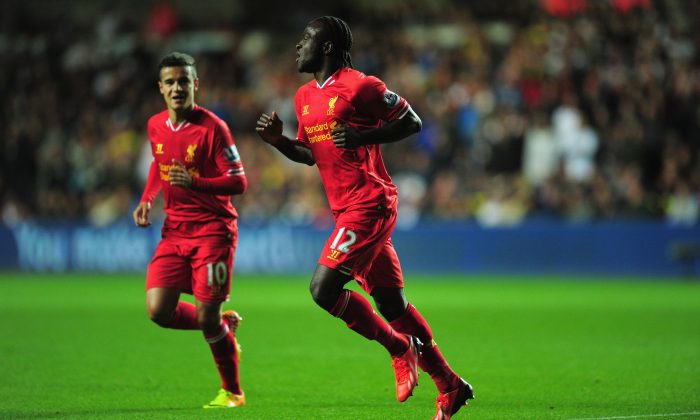 Chelsea player Victor Moses is getting interest from a couple of English Premier League clubs.

The 23-year-old Nigerian player went out on loan to Liverpool last season, and failed to impress.

Still, Moses is drawing interest from Newcastle, Everton, West Brom, Swansea, and Southampton, according to The Sun.

It could be a loan move, however, unless Chelsea can recoup the £9 million they paid for him in 2012.

Nigeria Out to Stop Things Getting Messi

Whether he does the same Wednesday might just determine if the Nigerians fly home or progress to the knockout rounds.

Coming off one of his best seasons for French side Lille, Enyeama said he wasn’t afraid of Messi, but also noted that the game would not just be between him and the Argentina star.

“He is one of the best players in the world, and he has made a lot of progress since the last time we played each other,” he said.

Back in South Africa in 2010, Nigeria lost the game to Argentina 1-0 thanks to a headed early goal by Gabriel Heinze. It went on to lose to Greece then draw with South Korea, ensuring an early exit.

This time around it needs just a point from Wednesday’s match against the South Americans to qualify after an opening 0-0 draw against Iran and a 1-0 victory over Bosnia-Herzegovina, its first at the World Cup in 16 years. It would top the group if it pulls off a surprise and beats Argentina. Even a loss might see it through if Bosnia-Herzegovina beat Iran.

Enyeama almost broke the French record for the longest spell without conceding this season but fell short on 1,062 minutes.

Aside from Messi, who has scored in each of Argentina’s scrappy wins against Iran and Bosnia-Herzegovina, Sabella’s team has failed to impress so far in the tournament.

Coach Stephen Keshi said central defender Godfrey Oboabona, who came off injured against Iran, was back in training and could start, but other than that, the 53-year-old was giving little away. “How to stop Messi is something we need to discuss. I don’t think it’s something we can share with media,” he said.

He said he had studied Argentina’s game against Iran and “might want to take one or two things out of it, but I’m sure tomorrow’s game is going to have a different style and character.”

Informed it was Messi’s 27th birthday on Tuesday, Keshi congratulated the Barcelona star.

Keshi took the manager’s job in late 2011. In 2013, he announced his resignation just hours after winning the African Nations Cup but then rescinded it.

He is now subject to media speculation he will take a job coaching the South African national side after the World Cup.

Asked about this, he said he had attracted “a lot of interest” including that of South Africa, but that he couldn’t confirm anything because he was focused on Wednesday’s game, “the most important of his career.”