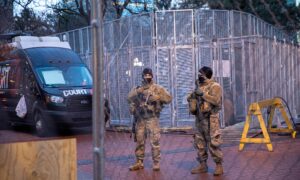 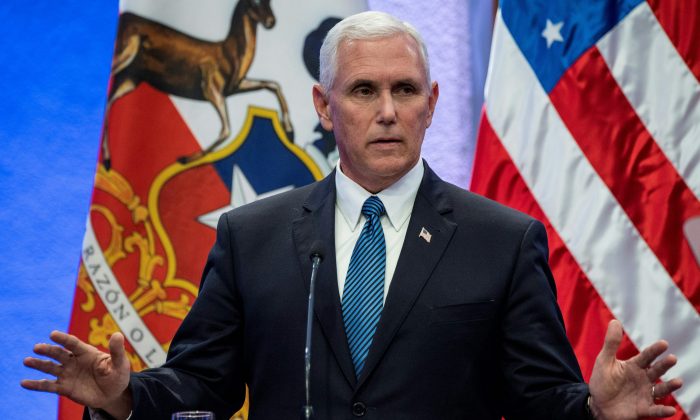 A day after President Donald Trump said both sides were responsible for the violence in Charlottesville which saw one person killed, Vice President Mike Pence said he stands with the president.

“What happened in Charlottesville was a tragedy. And the president has been clear on this tragedy and so have I,” Pence said at a press conference in Chile where he is visiting as part of a Latin American tour.

“I spoke at length about this heartbreaking situation on Sunday night in Colombia and I stand with the president, and I stand by those words,” he said.

Both Trump and Pence have strongly condemned the violence in Charlottesville, Virginia, where clashes took place between white supremacists and left-wing protesters. One person was killed and 19 injured when a man drove a car into a crowd of left-wing protesters. In the days following the event Trump and Pence each specifically condemned white supremacists, neo-Nazis, and the KKK.

“We have no tolerance for hate and violence, white supremacists or neo-Nazis or the KKK,” Pence said at a press conference on Aug. 13.

At a press conference at Trump Tower on Tuesday Aug. 15, Trump reiterated his condemnation of those groups but said that the other side was also responsible for the violence. Trump made specific reference, albeit not by name, to the Antifa group.

“You see them come with the black outfits and with the helmets and the baseball bats. You had a lot of people in the other group,” he said.


Antifa is a anarchist and communist organization that has been behind a number of violent protests in recent months.

Trump said that on both sides there were also good people who had come to peacefully protest.

In a Tweet on Wednesday Aug. 16 Trump said that the woman who was killed by the car was “a truly special young woman” and that  “she will be long remembered by all!”