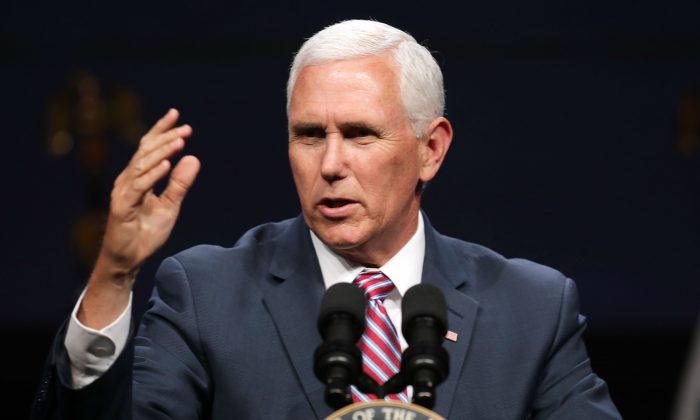 Vice President Mike Pence’s plane was called amid an unspecified emergency, according to reports on July 2. However, a spokesman for the vice president told the Boston Globe that there was no emergency.

#DEVELOPING: Vice President Mike Pence’s plane abruptly turned back around for D.C. due to an unspecified emergency, after canceling a planned event in NH. More details to come. #OANN

Vice President Mike Pence has unexpectedly canceled a planned appearance in Salem, N.H.
Pence was due to speak Tuesday afternoon, but a spokesman said his flight had been diverted.
The spokesman said it was not an emergency. He provided no further details. https://t.co/Krc9Keqhdg pic.twitter.com/1n7o3F7ssp

An ABC News reporter also said that his event “was cancelled because something came up and he had to be back at the White House,” and an “official says it is not a cause for alarm.”

I am told that @VP Pence’s New Hampshire opiod event was cancelled because something came up and he had to be back at the White House. Official says it is not a cause for alarm.

Pence was slated to head to New Hampshire to talk about addiction recovery.

“According to a statement released by his office Monday, Pence will visit the Granite Recovery Center headquarters in Salem Tuesday afternoon. He plans to participate in a roundtable discussion with former patients and alumni of the center before delivering remarks on the opioid crisis and illegal drug flow in New Hampshire,” the Union-Leader reported.

At Salem NH opioid event w the @VP, spokesperson just came onto podium and announced event today is canceled because #AirForce2 was called back to Washington DC so Pence could attend to an emergency. #fitn @NBC10Boston @NECN #mapoli

He last visited New Hampshire in 2018.

In 2016, a plane carrying the future vice president skid off a runway, and there were no injuries.

“So thankful everyone on our plane is safe,” Pence said on Twitter after the incident. “Grateful for our first responders & the concern & prayers of so many.”