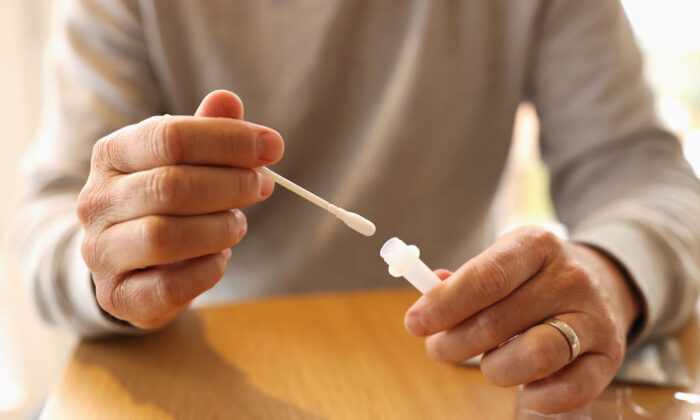 The Victorian Labor Government has promised that the state will support locally manufactured rapid antigen tests (RATs) for secure supply in the midst of the Labor Opposition Leader Anthony Albanese’s campaign for free RATs manufactured in Australia.

The Labor government released a statement on Feb. 2 stating that the government will support a manufacturing facility and innovation hub in Victoria if the TGA approves.

The state will be partnering with Lumos Diagnostics which is already making RATs, trading under the name CoviDx for Canadian and European markets. On the company’s website, the test is claimed to have a sensitivity and specificity when compared to the PCR test, to be 93.75 percent (pdf).

The company also claims the same level of specificity as the PCR test. However, no reports have been released by the company publicly to verify these results.

Currently, the Victorian government and Lumos expect to produce one million tests a month from April, three million from August with full production expected to commence from October onwards for up to 50 million RATs each year.

If approved, the state government promises to secure priority supply of several million tests from Lumos to meet consumer demand.

“Being able to scale up production so quickly shows the strength of Victoria’s advanced manufacturing capabilities,” the state premier, Daniel Andrews said on Feb. 2.

The Labor government has also provided $268.5 million in funding into COVID-19 treatment research and is supporting a mRNA vaccine manufacturing facility to be built in Melbourne by 2024.

The news of this comes as the Labor Opposition Leader, Anthony Albanese promised free RATs for Australians if he succeeds at the election expected in May of 2022.

The free RATs would be limited and could be accessed through Medicare.

“They should be available through the Medicare schedule. You would have a limit, as there is,” Albanese said on ABC News Breakfast on Jan. 30.

Albanese also called for local manufacturing of RATs in Australia stating that Australians “need to manufacture rapid engines and tests here. One of the lessons of this pandemic is that we need to be more self-reliant.”
The Labor Party has proposed a National Reconstruction Fund which will support Australia-made manufacturing.

Currently, the federal government has implemented free RATs for concession cardholders, where cardholders can take up to 10 free tests over a three-month period through pharmacies, with a maximum of five free RATs at most in a month.