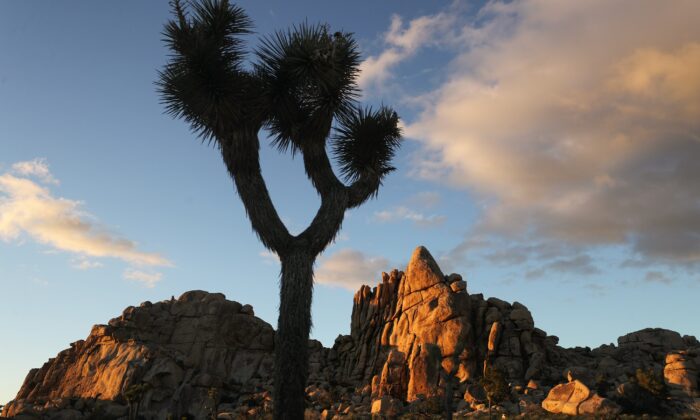 “The Trump Administration is committed to honoring American patriots—the men and women who have served in our armed forces,” Interior Secretary David Bernhardt said in a statement.

“With the utmost respect and gratitude, we are granting Veterans and Gold Star Families free access to the iconic and treasured lands they fought to protect starting this Veterans Day and every single day thereafter.”

Nov. 11 is Veterans Day this year.

Fees for parks and other federal lands managed by the Bernhardt’s department will be waived for veterans and Gold Star families, or families who have a close family member die in service to America, such as in a war or a military operation outside of the United States while serving with the U.S. Armed Forces.

Gold Star families need to download and print a voucher, fill it out, and bring it with them. The voucher can be found here (pdf).

Veterans and Gold Star families will now have free access to approximately 2,000 public locations spread out across more than 400 million acres of public lands.

The move came after Rep. Jared Golden (D-Maine) and Sen. Angus King (I-Maine) introduced legislation that would have made admission to national parks free for Gold Star families. The idea was proposed by a constituent, Golden said last month.

“Gold Star families deserve our deepest respect and unwavering support. Making our national parks and public lands open to these Americans free of charge is a small but meaningful way to express our gratitude for their sacrifices,” Golden said in a statement. “I’m pleased that the Department of the Interior will implement my proposal with Senator King nationwide and will build upon it to include all veterans. I’ll continue to work across the aisle to pass our legislation this fall to permanently enshrine these privileges for Gold Star Families into law.”

“America’s Gold Star Families have made unimaginable sacrifices for the safety of our country, and we should do everything possible to help them heal,” added King. “America’s public lands are among the most beautiful natural wonders in the world, and their importance to Americans has only grown during the ongoing pandemic. The families of those who’ve lost a loved one in defense of our nation should be able to have access to these treasures free of charge.”

The free access plan was announced in late October in Des Moines, Iowa.

At the announcement, Jeremy Butler, CEO of Iraq and Afghanistan Veterans of America, said that exposure to outdoor recreation can provide a wide range of mental health benefits.

“Given our nation’s ongoing veteran suicide crisis, this is a welcome step forward using a whole of government approach to improve the lives of veterans,” he said.