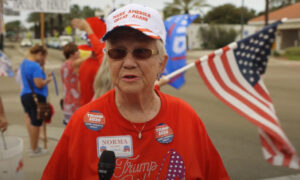 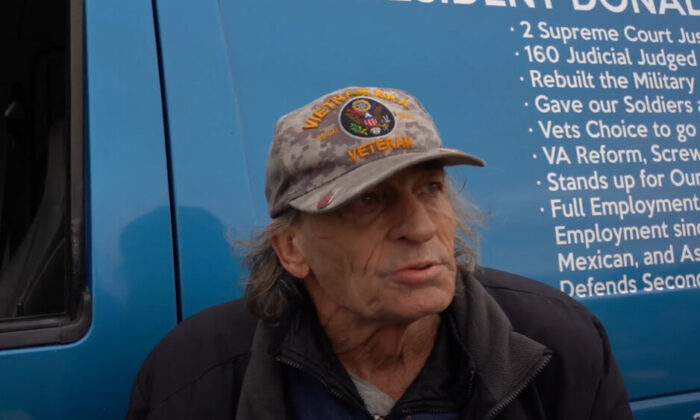 Veteran Feels ‘Cheated’ Out of Vote, Says ‘All We Ask for Is the Truth’

MILWAUKEE—Ray Paul, like thousands across the nation, joined a Stop the Steal rally after media reports that the election results were over and done with.

“I’m here because I feel like I’m cheated out of my vote,” Paul said on Nov. 13 in Milwaukee, Wisconsin. On Nov. 7, grassroots protests occurred in state capitals across the nation, and again the week after with thousands more marching on Washington on Nov. 14. Organizers on social media have been calling for people to rally every Saturday until the votes are certified and the results are announced Dec. 14.

Paul said that after 2016, he lost faith in the media.

“All the networks just put down Donald Trump. I’m a veteran. I honor my president, no matter who’s in office. And they kept putting him down,” Paul said. He started looking at what the president was actually doing, and was bothered by the fact that he couldn’t find this reported on by the major media.

“He’s the first working president in my lifetime,” Paul said. “That’s why I voted for him. Because of everything he’s done for us. I’m a veteran, I used to go to VA hospitals, it’d take me 8 to 12 hours to see a doctor. In an emergency! Today I can walk in, and I’m done in 15 minutes. That’s why I’m here for Trump.”

“My son yelled at me, he said Biden and Obama got the VA fixed. And they didn’t. They underwashed it. Donald Trump fixed the VA, in my honest opinion,” Paul said. “If it were up to me I’d like to see a complete revote with elected officials on both sides watching it, making sure it’s done right.”

In 2019, Paul put a list of what the president has done for the country on his van, and the responses haven’t all been civil, but there is popular support.

“I’ve had maybe 10 people criticize me for it; flip me the bird, spit at it,” he said. “I’ve had thousands thank me for this Trump banner, and standing up for him.”

“We’re a funny people, we love our freedom,” Paul said, adding that he hopes future generations, like his young granddaughter, will keep those same freedoms. “I hope she gets to have what I’ve had, and not go to a socialistic nature, that’s what I’m afraid of.”

“I wish we all would just take a deep breath, stop bickering and fighting, get together, sit down, and go through it progressively, with a great attitude, we want the truth. That’s all we ask for, is the truth,” Paul said.