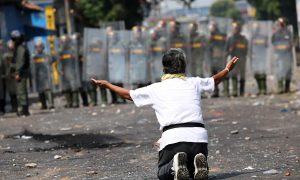 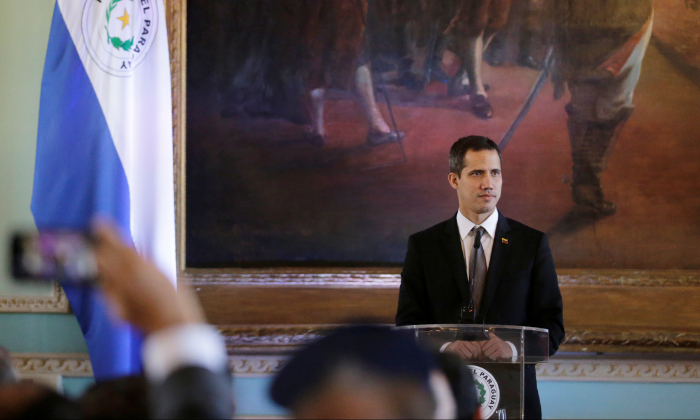 ASUNCION–Venezuelan interim president leader Juan Guaido, visiting Paraguay on March 1 to raise support for a change of government in his country, said that 600 members of the military had abandoned illegitimate socialist dictator President Nicolas Maduro in recent days.

Venezuela’s National Assembly declared Maduro a usurper in January and invoked the constitution to hand the interim presidency to Guaido. The United States and 50 Western nations have recognized Guaido as the legitimate leader since.

However, Maduro still retains the loyalty of the bulk of Venezuela’s armed forces and controls state institutions.

“In the next few hours we will announce new protest marches,” Guaido said in Asuncion at a news conference, after meeting with Paraguayan leader Mario Abdo, who received Guaido as a head of state.

“We have spoken clearly to the Armed Forces of Venezuela. They have seen more than 600 officers in recent days switch to side with the constitution,” he added. “There is a very clear process of transition to democracy.”

Guaido’s press team said he was scheduled to go to Argentina later on March 1 to meet with President Mauricio Macri, a strong critic of Maduro. In a speech earlier on Feb. 28, Macri said his government was playing a regional role “to condemn human rights violations in Venezuela and recognize the president in charge, Juan Guaido.”

Argentina’s foreign ministry confirmed the two would meet in Buenos Aires and that Guaido would hold a news conference.

Guaido has been traveling around the region, seeking to drum up support. He has visited Brazil and Colombia this week, but said he would return to Caracas by March 4, where he faces possible arrest for disobeying a Supreme Court order that he should not leave the country pending an investigation.

The United States, which backs Guaido, has imposed fresh sanctions on March 1 on six Venezuelan security officials and revoked the visas of dozens of associates and their families with ties to Maduro.