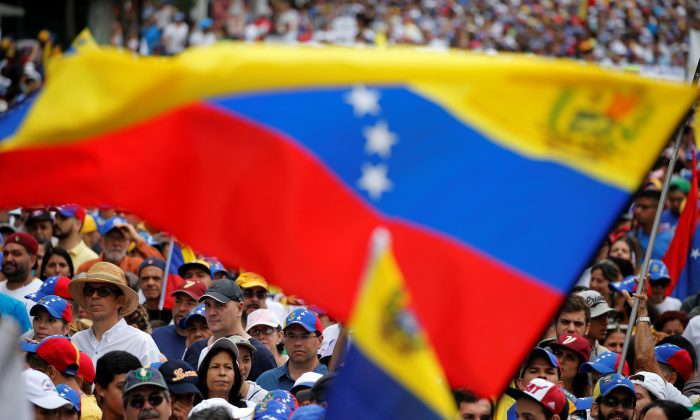 Venezuela’s former national treasurer, who received over $1 billion in bribes as part of illicit foreign currency operations, was sentenced by a U.S. judge on Nov. 27 to 10 years in prison, court records showed.

Alejandro Andrade, who ran the treasury for four years under late socialist leader Hugo Chavez, must surrender to prison by Feb. 25, according to an order by U.S. District Judge Robin Rosenberg in West Palm Beach, Florida. The 120-month sentence was the maximum prison term he faced.

The cases are part of a broad effort by U.S. prosecutors to crack down on the use of the U.S. financial system to launder proceeds from rampant corruption in Venezuela, which has hyperinflation.

Neither Andrade’s lawyers nor Venezuela’s information ministry immediately responded to requests for comment.

In December 2017, Andrade secretly plead guilty to one count of conspiring to commit money laundering. The plea was unsealed last week.

According to the U.S. Justice Department, he admitted during his plea to accepting over $1 billion in bribes in exchange for using his position to help a billionaire TV mogul and others conduct currency exchange transactions at favorable rates for the government.

Since 2003, the exchange control system has sold heavily subsidized dollars through state currency agencies or government auctions. But dollars on the black market have fetched at least double and sometimes 10 times more, allowing the well-connected to buy cut-rate dollars and resell them at a huge profit.

Andrade received bribes from brokerages to sell dollar-denominated bonds on behalf of the government, according to court records. The brokerages kept part of the proceeds and returned kickbacks to him by buying him items including 17 horses, 35 luxury watches, 12 cars, and six South Florida homes.

President Nicolas Maduro has said little about criminal proceedings against former Venezuelan officials, but says the United States is seeking to undermine his government through financial sanctions.