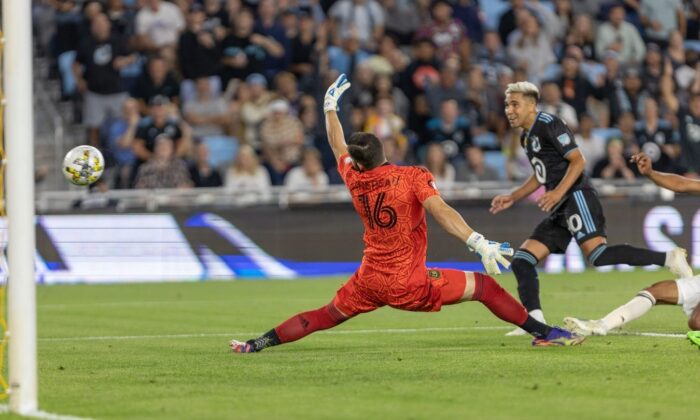 Having already clinched a playoffs birth, LAFC needed a victory to lock down the Western Conference title and the No. 1 seed for the playoffs—alongside a berth in the CONCACAF competition.

Meanwhile, Minnesota is in fifth place in the Western Conference standings. The team recently had a three game losing streak where they were outscored 7–0.

Minnesota opened the scoring in the 46th minute with their first goal in three and a half games, as Brent Kallman’s header found the back of the net, off of a corner kick from Emanuel Reynoso.

Just one minute before, LAFC forward Cristian Arango missed a golden opportunity to score first on a header that went too far left.

Arango, LAFC’s leading scorer with 16 goals, was substituted at halftime after having received a yellow card for continued play following a whistle and hard tackles alongside confrontations with Loons defenders.

Both sides would miss numerous opportunities at the goal. Loons player Luis Amarilla hit the right post in the 21st minute, and Reynoso placed a short-range shot wide to the right in the 39th minute.

Vela missed a chip over the net in the 33rd minute, before tying the match in the 64th minute.

Vela received a simple square pass from Kellyn Acosta, U.S. National Team midfielder, from the right and quickly lined up a left-footed blast that curled and dipped into the upper left corner of the goal.

Loons goal-keeper Dayne St. Clair had no opportunity on Vela’s shot, but made two saves for Minnesota, while Maxime Crépeau had one for LAFC.

Minnesota threw everything at LAFC in desperation for a win and nearly came away victorious in added time—the 95th minute of the match.

LAFC goalkeeper Crépeau came out of the box to head away a long cross intended for Loons forward Emanuel Reynosoa.

The pass took a huge bounce over Crépeau’s head, but Acosta was there to make a slide tackle clearing the ball as Reynoso attempted a shot at an open goal.

Minnesota had a slight edge in ball possession, corner kicks (10–8), and shots with 12–10, while LAFC held a 3–2 advantage in shots on goal.

Gareth Bale got a rare start and was substituted in the 62nd minute, while LAFC’s newest member, Cristian Tello, debuted subbing for Denis Bouanga.

Giorgio Chiellini came in for the injured Eddie Segura in the 87th minute.

LAFC could still clinch the Western Conference title this week based on the results of the Austin FC vs. Real Salt Lake game on Sept. 14. A RSL victory or tie will solidify LAFC as Division champions.