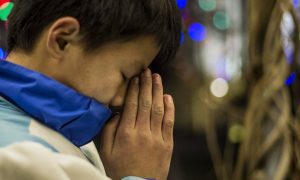 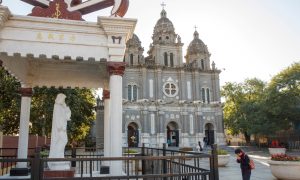 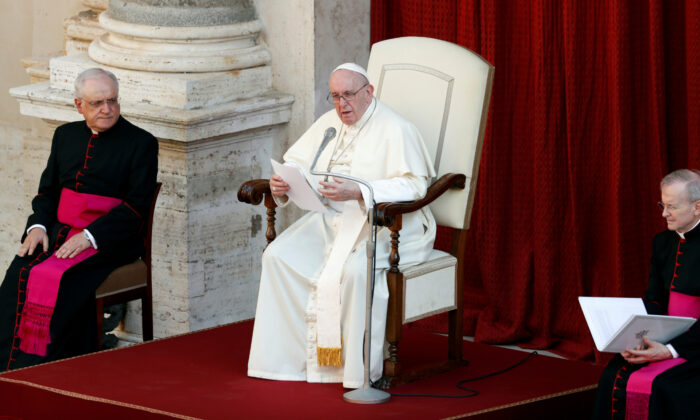 Pope Francis holds the weekly general audience at the San Damaso courtyard at the Vatican, on Sept. 16, 2020. (Yara Nardi/Reuters)
Europe

The Vatican is in the process of renewing its deal signed two years ago with the Chinese Communist Party (CCP) that recognizes CCP-appointed bishops as legitimate but the deal emboldened the regime to persecute Catholics more than ever.

The agreement between The Holy See and China, set to expire in October, allows the Chinese regime to appoint China’s bishops and grants the Pope only veto power.

“In the two years since the Vatican agreement has been implemented with Communist China, Catholics and Christians have seen greater persecution than ever,” James Bascom, Assistant Director of the Washington Bureau of the Catholic organization, the American Society for the Defense of Tradition, Family, and Property, told The Epoch Times in an interview.

The Vatican hoped the rapprochement with communist regimes such as the Soviet Union, Cuba that took place in the middle of the 20th century would have led to “to greater freedom of religion for Catholics” in these countries, Bascom said on Epoch Times’ Crossroads program.

However, such warming of relations over the last 60 years led to “greater control, greater persecution of Catholics and Christians in those countries,” Bascom explained.

The interview with James Bascom starts at 15:45.

The Chinese Communist Party not only demolishes Catholic shrines but forces “pictures and imagery of Mao Zedong inside Catholic churches,” Bascom said.

The Chinese regime installed surveillance cameras in Catholic churches to monitor who attends churches, Bascom said. Chinese under 18 years of age are banned from entering churches, banned to be baptized, or to receive sacraments, he added.

The founder of Bascom’s organization, Prof. Plinio Corrêa de Oliveira wrote a book in 1963 titled: “The church and the communist state. The impossible coexistence.”

Oliveira wrote that “a communist regime only gives limited freedom of religion to a religious group” in order to give a semblance of freedom that makes anti-communists put their guard down, and allows the regime to infiltrate, penetrate, and take control of religion and to ultimately destroy it, Bascom said.

This has been seen in China. During the Cold War, it happened in Hungary and Cuba. It was attempted in Poland and Vietnam, Bascom added.

Cardinal Joseph Zen, the bishop emeritus of Hong Kong, has criticized the agreement with China since its inception calling it a “betrayal.”

In September, 88-year-old Zen traveled to the Vatican hoping to meet the Pope to update him about the situation in Hong Kong and the Catholic Church in China, reported Daily Compass.

“The idea of striking accords with Beijing is insane. It’s like trying to make a pact with the devil,” Zen told Daily Compass about the Vatican-China deal.

Zen was not able to get an audience with Pope Francis and had to return after four days, Daily Compass reported.

How the Catholic Church’s Attitude to Communism Changed

Pope Francis’ policy is “very similar to what most of his predecessors have done, going back to Pope John XXIII,” who initiated the Second Vatican Council in 1962, Bascom said.

Popes of the past since the 19th century until the Second Vatican Council, perceived communism as atheistic, materialistic, and Darwinistic and believed that its ultimate goal was the overthrow of the civilization and of all religions, Bascom said. It was considered “a totalitarian, political religion.”

Communism sought “the complete control of society” and to “break down and rebuild man in a completely new image, such as the Soviet Man. Therefore it was viewed by the Catholic Church as a threat to civilization and strongly condemned,” Bascom said.

During the Second Vatican Council this became “a burning question,” Bascom said, participants wanted Pope Paul VI, who led the Council after the passing of Pope John XXIII, to condemn communism because it seeks to destroy traditional family, traditional marriage, the traditions of society, and to abolish private property.

Bascom explained that according to Karl Marx’s Communist Manifesto, “communism can be reduced to a single sentence, the abolition of private property,” but the Ten Commandments defend private property.

“Catholics have always been at the forefront of resistance to communism, wherever it spread, whether it be in Poland, or Hungary, or China, Vietnam, Cuba,” Bascom said, “and that’s why the communists themselves have always sought to neutralize that threat by making deals with Catholic leaders, some of which, unfortunately, were softer and more malleable than others.”

The Second Vatican Council was called to address the modern world. It concluded in 1965, and it reshaped the Catholic Church, but it did not condemn communism.