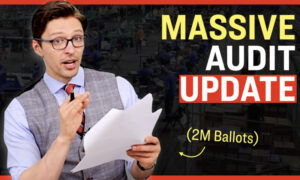 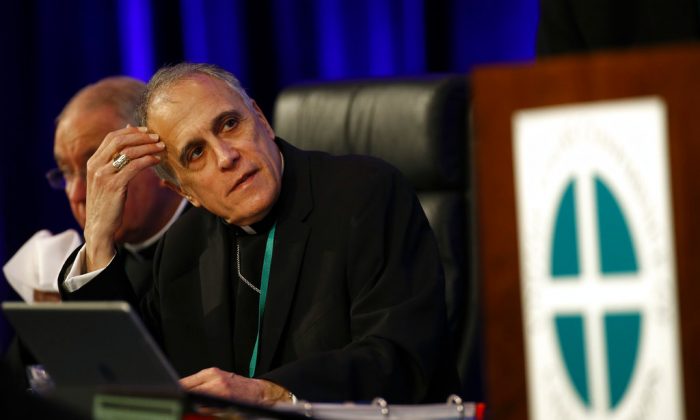 Cardinal Daniel DiNardo of the Archdiocese of Galveston-Houston, president of the United States Conference of Catholic Bishops, prepares to lead the USCCB's annual fall meeting, Nov. 12, 2018, in Baltimore. (AP /Patrick Semansky)
US News

The U.S. Conference of Catholic Bishops will delay action to deal with a crisis involving sexual abuse of minors by clergy until after a global meeting in February at the request of the Vatican, conference president Cardinal Daniel DiNardo said on Nov. 12.

The Catholic Church worldwide is reeling from crises involving sexual abuse of minors, deeply damaging confidence in the Church in the United States, Chile, Australia, Ireland and elsewhere.

Cardinal DiNardo of Galveston-Houston said the Congregation for Bishops in Rome had sent a letter asking U.S. bishops to wait until after the Vatican-convened global meeting on sex abuse takes place in February.

“We have accepted with disappointment this particular event that took place this morning,” DiNardo said at a media conference on Monday, the opening day of the conference. “We have not lessened in any of our resolve for actions.”

In the United States, 13 state attorneys general have launched statewide investigations into sexual abuse by clergy.

In August, an 884-page report made public by Pennsylvania Attorney General Josh Shapiro stated that Roman Catholic priests in the state sexually abused nearly 1,000 children over a 70-year period and silenced victims through “the weaponization of faith” and a systematic cover-up campaign by their bishops.

The conference of bishops had expected to focus this week on a measures to combat abuse, including establishing a new code of conduct, according to a September statement.

“We humbly welcome and are grateful for the assistance of the whole people of God in holding us accountable,” the statement said.

Anne Barrettt Doyle, co-director of victims’ advocacy group BishopAccountability.org, said the Pope’s intervention in this week’s conference was a setback.

David Lorenz suffered sexual abuse by a priest when he was a 16-year old attending a Catholic boys high school in Kentucky. He said the church knew the priest had abused children before.

“He was moved around. He had been accused 50 times before they made him a guidance counselor at an all-boys high school. That’s the game,” Lorenz said during an interview at his home prior to the start of the bishops conference.

“Any bishop found to have covered up for a priest — removed immediately. Bishops should be accountable to their actions. And if they hid and aided and abetted a crime, they should be removed. Of the crime, certainly the crime of child abuse. Unfortunately that would take out a lot of bishops,” Lorenz said.

Reverend James Martin, a Jesuit priest who is editor of the Jesuit magazine America said the bishops realize the seriousness of the situation they face.

DiNardo said the delay does not reflect U.S. bishops’ lack of determination to deal with the issue.

“I’m hoping myself that what we are doing now, whatever may be some of the bumps in the road, that this will eventually work out. And I don’t think that’s Pollyanna-ish. I think that there’s some trust trust in that.”