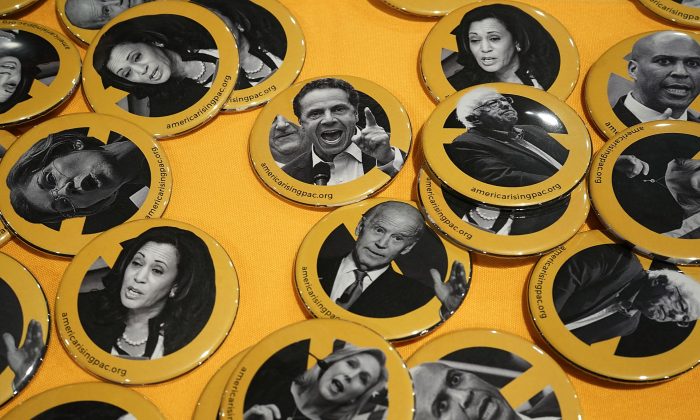 Nearly three-quarters of all Democratic voters want a fresh face for their party’s presidential nominee in 2020.

The findings, procured from a July 17 national Rasmussen poll revealed that the majority of Democrats want to move away from familiar faces such as Hillary Clinton, Bernie Sanders, and Joe Biden, who have all had varying degrees of popularity.

The poll found that 73 percent of likely Democratic voters believed their party “should look for a fresh face” to run as president in two years’ time. Comparatively, just 16 percent disagree with that statement and think that the party should promote a candidate who has run previously. About 11 percent were undecided.

Meanwhile, President Donald Trump has already started ramping up his efforts for re-election after it was revealed he had $53 million in the bank for the 2020 race—far more than any other contender, according to reports filed on the evening of July 15 with the Federal Election Commission. The money is split between the president’s campaign committee and two joint fundraising committees, Trump Make America Great Again and Trump Victory.

According to Politico, at least a dozen possible Democratic presidential candidates have since begun boosting their efforts for 2020 by forming teams and adding staff with campaign experience. The Democratic party is also trying to regain control for the upcoming midterm elections after the surprise primary win last month by Democratic Socialist Alexandria Ocasio-Cortez in New York highlighted a growing discord between the party’s establishment figures and Democratic voters.

To compare, a 2016 Rasmussen poll conducted when Clinton was running for president found that 36 percent of Democrats at the time wanted a new face to run while 21 percent were undecided.

Donald Trump Jr. pleaded on Twitter last week for Clinton to run in 2020, believing that it would secure Trump’s second term.

In June, a Harvard-Harris poll found that former Vice President Biden was the front-runner for the 2020 presidential nomination. About 32 percent of Democrats supported Biden, the highest percentage, while 18 percent voted for Clinton and 16 percent for Sanders.