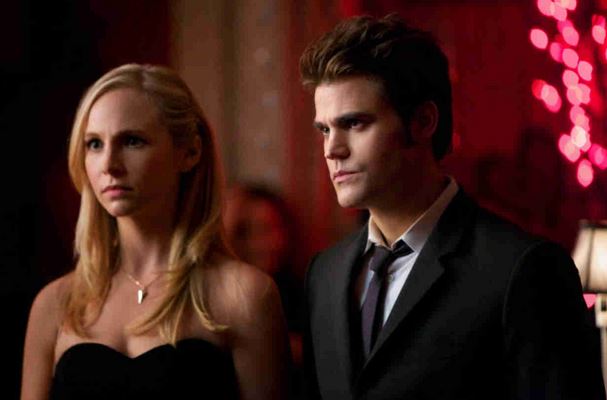 Vampire Diaries season 6 will include a focus on Caroline’s feelings for Stefan.

Caroline has always been a bright spot on the show, but unexpectedly snapped Luke’s neck.

Executive producer Caroline Dries told Alloy Entertainment a little while ago that Caroline “was feeling helpless and out of control–So that vicious move was pure emotional desperation.”

“Her feelings for Stefan are (at the conscious level right now) friend feelings. I personally feel like she’s not quite sure what she’s feeling. It’s all types of confusing. Lots of grey area: Stefan is her friend. Elena loved Stefan. Elena’s her best friend. Kind of a no-fly zone, which is why I think that if she has had any more-than-friend feelings she’s pushed them away or convinced herself otherwise,” Dries explained.

“The feelings behind the feelings are something we get to explore in season 6 as we watch how her relationship with Stefan plays out in the wake of the finale. Any time we turn a character dark it’s fun because it’s a change of pace for the writers, actors and viewers. It’d be interesting to see a darker Caroline but we would only go down that road if it felt 100 percent earned.”

Speaking of dark, it’s up in the air whether Stefan will go dark, or a different direction, executive producer Julie Plec said previously.

“I think it’ll be surprising. I don’t want to say too much about it, but he lost something very profound, and there are a million ways he could go,” she told TVLine.

“He could go light, he could go dark, he could go pure, he could lose his mind and get on a motorcycle and drive to Miami. So what he ultimately ends up doing will be an interesting reflection on his state of mind at the moment — and very fun for Paul [Wesley] to play.”

Vampire Diaries Season 6 Spoilers: ‘A whole new world’ for Tyler After He Comes Back