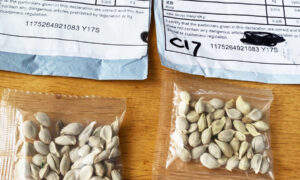 Mystery Seeds From China Find Their Way to Labrador
0 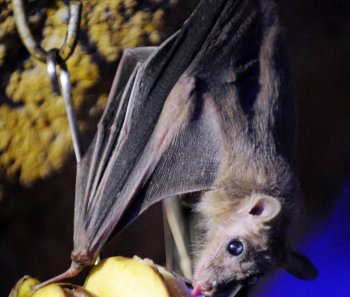 A fruit bat is hanging on a tree at the Amneville zoo, eastern France. Recently, Vampire bats infected with rabies have caused the deaths of several people in a remote part of the Amazonian rainforest. (Jean-Christophe Verhaegen/Getty Images )
World

By Alex Johnston and Resa Xu
Print
Vampire bats infected with rabies have caused the deaths of several people in a remote part of the Amazonian rainforest in Peru, according to media reports on Friday.

In the northeast region of the country in the Peruvian Amazon near Ecuador, four children from the indigenous Awajun tribe have died after receiving bites from the small flying mammals, BBC News reports.

Three emergency medical teams were dispatched by the country's health ministry to prevent the vampire bats from spreading the disease.

The teams reportedly brought in 1,300 doses of rabies vaccine and administered the vaccine to 500 people in the tribe near Urakusa. A few people refused the treatment.

The common vampire bat, a nocturnal creature, has a wingspan of only eight inches. The bat feeds on blood by biting its prey, causing a small wound.

Rabies can be easily transmitted via the bats due to the saliva on their tongue as they lick up the blood from the wound.

The bats normally feed on livestock and other mammals, but rarely go after humans.

A possible reason why the vampire bats went after humans in the northeast part of Peru could be due to the uncharacteristically cool temperatures. Another reason could be due to the deforestation of the rainforest habitat in which the bats live, forcing the animals to turn toward other sources, the BBC reports.