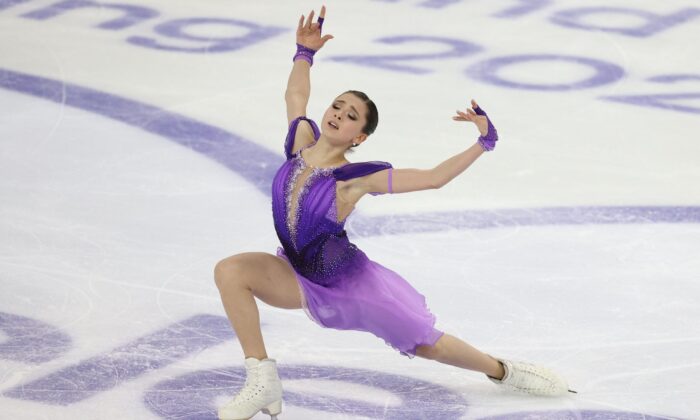 Russian teenager Kamila Valieva broke the women’s short program world record at the Rostelecom Cup in Sochi on Friday, setting a new ISU high score of 87.42 points to mark herself as a favorite for figure skating gold at next year’s Winter Olympics.

Valieva’s score at the Iceberg Skating Palace was nearly two points better than the previous record of 85.45 set by compatriot Alena Kostornaia in 2019.

“Today I am satisfied with my skate, happy that the coaches said good words to me,” Valieva, 15, said.

“I enjoyed my skate and there is always something (more) to aspire to. Today I did my absolute maximum (but) there is always room to grow,” the former junior world champion added.

With Japanese compatriot and twice Olympic champion Yuzuru Hanyu skipping the event as he nurses an ankle injury less than three months shy of the Beijing Winter Games, Tomono stepped up in Sochi to set a personal best score of 95.81 points.

As “Cinema Paradiso” echoed around the arena, Tomono produced a near-flawless display but said he could have done better despite the high score.

“If I could do my best, I knew I could get to 95 points. The jumps aside from the toe loop were not that great,” Tomono said.

“I had small mistakes and was not moving as well as I had liked so I was happy I got my best score. I know there’s room to improve to get to 100 points. I was nervous overall… but with the tension I was able to put on a good performance.”

Kvitelashvili was a close second with 95.37, while Canada’s Roman Sadovsky was third with a score of 84.59.

The Nov. 26-28 Rostelecom Cup is the last of the six Grand Prix events during the Olympic season before the Final from Dec. 9–12 in Osaka, Japan.