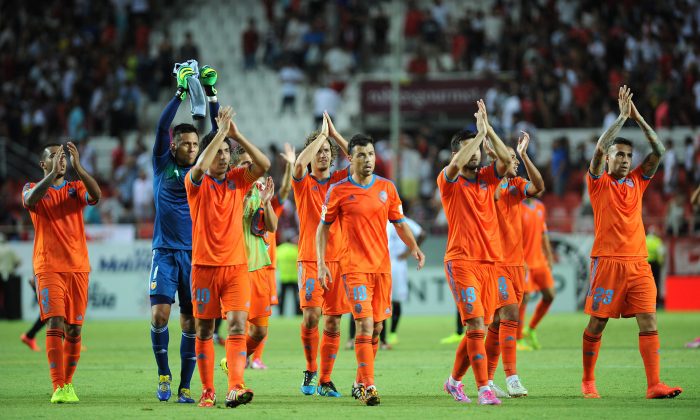 Valencia's players applaud their fans at the end of the Spanish league football match Sevilla FC vs Valencia CF at the Ramon Sanchez Pizjuan stadium in Sevilla on August 23, 2014. The game ended in a draw 1-1. (CRISTINA QUICLER/AFP/Getty Images)
Europe

Valencia and Malaga are set to play in a La Liga match on Friday, August 29.

The game will be broadcast on Canal+ Liga / HD, GOL T, and Canal+ Yomvi in Spain.

Valencia are 6/11 to win the match, as compared to 6/1 for Malaga, as per OddsChecker.

AP: Some Things to Know About the Spanish League