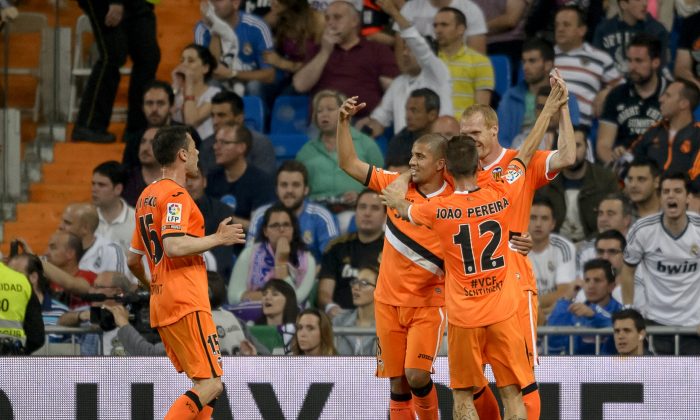 Valencia's French defender Jeremy Mathieu (R) celebrates with teammates after scoring during the Spanish league football match Real Madrid CF vs Valencia CF at the Santiago Bernabeu stadium in Madrid on May 4, 2014. The game ended in a draw 2-2. (DANI POZO/AFP/Getty Images)
Soccer

Valencia and Alianza Lima are set to face off in a 2014 Copa EuroAmericana match on Saturday, July 26.

The game will be broadcast on DIRECTV Peru in Peru, as well as GOL T, Gol Stadium in Spain.

The game will also air on DIRECTV in Argentina, Chile, Colombia, Ecuador, Puerto Rico, Uruguay, and Venezuela, as well as beIN Sports en Español and beIN Sports USA in the United States.