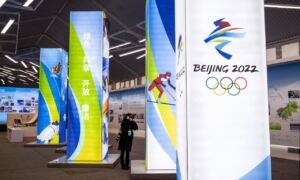 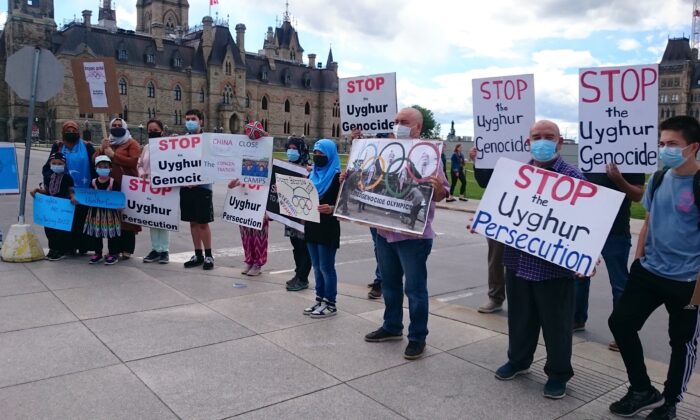 Rallies were held in more than 50 cities around the world on June 23 calling on governments to boycott Beijing’s hosting of the 2022 Winter Olympic Games.

The coalition of over 180 human rights groups that organized the Global Day of Action on International Olympic Day urged governments in an open letter to “take a stand and demonstrate that they have the political will to push back against China’s reprehensible human rights abuse” for “anything less will be seen as an endorsement of the Chinese Communist Party’s authoritarian rule and blatant disregard for civil and human rights.”

In July 2015, the International Olympic Committee announced Beijing would host the 2022 Winter Olympics. Yet the Chinese Communist Party’s brutal human rights abuses have called into question its legitimacy as the host.

The coalition is made up of civil society groups representing Tibetans, Uyghur Muslims, Hong Kongers, Taiwanese, southern Mongolians, Vietnamese, and exiled Chinese rights activists who came together united in calling for #No Beijing 2022.

“It’s important for our community just to come out and show their will to the elected officials in Canada what we are thinking about, the genocide Olympics, and our government and elected officials should step up and make the right decision to boycott the Beijing Olympics 2022,” said Mehmet Tohti, president of Uyghur Canadian Society, to The Epoch Times’ sister media NTD outside Parliament Hill.

“While China continues to commit genocide on the crimes against humanity, it is unacceptable for us to allow Beijing to host 2022 Beijing Olympics. For this reason, we protest worldwide today because of International Olympics Day.”

Kayum Masimov, manager of Uyghur Canadian Society, said the Olympics is supposed to be a game about cooperation, friendship, and peace.

“Unfortunately, the Games in Beijing is not about the peace. It is about the country where the genocide is being committed right now. That is why we would like to send [a] clear and loud message that hosting Games in Beijing in 2022 is not okay,” Masimov said. “This is a Game of shame.”

David Kilgour, former MP and secretary of state for Asia-Pacific, was also present at the rally. He questioned Beijing’s legitimacy to host the Games.

“You can’t be committing a genocide in your own country and ask to be the host of the Olympic Games,” he said.