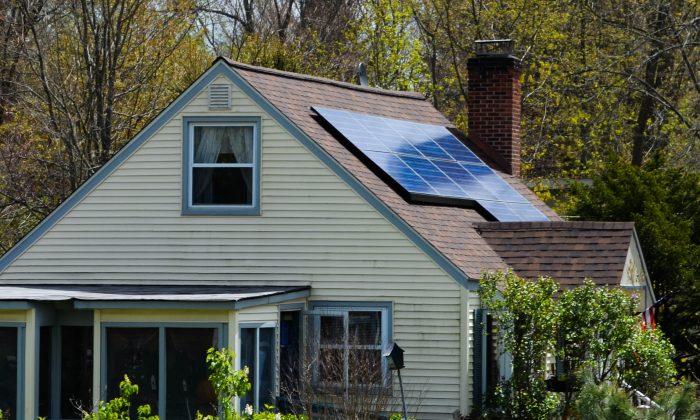 Utilities Partner with Solar Companies to Bring Energy to the Grid

Utilities that operate in Orange County—Orange and Rockland Utilities, Inc., and Central Hudson Gas & Electric Corp.—have partnered with other utilities and major solar companies to resolve concerns around incorporating alternative energy sources into the grid.

The Solar Progress Partnership works through the state’s Reforming the Energy Vision initiative that operates out of the Public Service Commission. The Partnership has been asked to reexamine the utility industry in the state, according to John Maserjian, spokesman for Central Hudson, “to help bring about more distributive generation, more customer participation, and improve most of the electric distribution system.”

Utilities have become increasingly concerned with net metering and how it affects customers who do not use alternative energy sources. He said the state wants utilities to encourage “renewable energy without impacting negatively other customers.”

The Partnership sent a letter to New York Public Service Commission Secretary Kathleen Burgess on April 18 to propose ways to “encourage more solar development across the state, while ensuring that adequate funding is available to maintain a reliable and resilient grid,” according to a statement released by Maserjian for Central Hudson.

Many electricity customers, for a variety of reasons, do not use alternative energy sources. They depend on the electric grid which is managed by the state’s utilities. Maserjian said these nonusers subsidize alternative energy metering in their utility bills.

Net metering subsidies presently cost ratepayers about $37 million a year. This is expected to rise precipitously as more and more individuals, groups, and companies line up to build alternative energy facilities. “When the systems that are currently in queue are all built, that subsidy will swell from $37 million to $262 million,” Maserjian said.

The Partnership has proposed a transition from the current way alternative energy sources are paid through net metering that supports alternative sources to more of a cost-sharing approach with ratepayers, Maserjian said.

Net metering with meters in the home pays solar providers at retail rates for excess energy they send to the grid and reduces their overall utility bills. This includes providers who join with others in what Maserjian calls “community solar” or “remote net metering” arrangements.

Net Metering and the Queue

It’s like installing energy efficient light bulbs or decreasing energy use in other ways, Maserjian says. “Net energy metering is used to balance energy consumption from the grid and replace it with the solar panels on your rooftop. The utilities will install the meter that actually spins backwards every time your rooftop solar system sends energy on to the grid.”

There’s a lineup of solar systems that are looking to be developed. They are not awaiting anything except the ability to actually build the system. These pending applications or proposals to build systems that have not yet been built is referred to as the queue.

The queue is growing. Solar farms, built by solar developers or building owners, are being applied for on vacant and open land parcels to deliver solar power.

“It could be individuals seeking to put solar on their home or a development company looking to build a solar farm and to engage with other residents and businesses to be a participant in that solar farm. It could be a municipality or a business. It could be a solar installation company submitting an application on behalf of a customer,” Maserjian said.

Maserjian said “This subsidy is going to grow considerably in the near term based on the number and size of distributive generation sources that are in queue, or that have been applied for.”

The utilities, working together with solar companies, are examining net metering in this light and have proposed to the state a new method for crediting excess alternative power and allow incentives for alternative energy sources to grow.

“When an individual wants or plans to put, say solar panels, on their home or if a developer is planning a solar farm to participate in the community distributed generation, for example, an application is sent to the utility company so that the utility is aware of what might be built via the system,” Maserjian said.

The applicant needs to make the potential facility compatible with the local distribution system. To meet safety and regulatory guidelines, the applicant might be required to upgrade the proposed facility.

“Clarity is needed to both help the developers and utilities work through the existing interconnection queue in a rational fashion and to help inform developers of current and future projects as to the level of compensation they are likely to receive,” Maserjian said.

Gov. Cuomo strongly supports the solar industry and set a goal for his Clean Energy Standard as 50 percent of the state’s energy resources as renewable energy by 2030 (50×30). The Partnership has responded by its support of “distributed solar facilities”—rooftop panels, solar farms, and community solar arrangements which will connect to the state power grid through net metering.

Solar is controversial around the country and has led to a lot of contention between the solar industry and the utilities
— Jamil Khan, deputy director, Policy and Electricity Markets for SolarCity

“Solar is controversial around the country and has led to a lot of contention between the solar industry and the utilities, all stemming out of the way the utility business model works, and the way distributed energy resources are compensated, or valued,” he said.

Khan said, “As an industry we need policy and regulatory certainty to operate in NY.” Another goal, according to Khan, was that utilities view alternative energy sources as a valuable resource as a way of saving costs. The solar stakeholders also wanted a reasonable way to speed up the queue “in a sensible, transitional way.”

The state wished to avoid contentious hearings and publicity campaigns that have happened in other states and make for a lot of market uncertainty, according to Khan. “We thought it would actually be beneficial for the market and beneficial for the consumers to have the solar industry and the utilities sit down in a room to let them come to an agreement that would spur the transformation that the state is interested in seeing in the future.”

The state started the conversation on Dec. 23, 2015 to look at how to value distributed resources on the grid that would include “anything that’s not a large power plant,” according to Khan.

The PSC held a public hearing and asked stakeholders to “to collaborate in a friendly manner to the best of their ability and to come up with a proposal on April 18.” Members of the Partnership complied and filed a statement with the PSC on the requested date.

The Partnership’s filing recommends collecting a payment from solar developers for community and remote solar projects connected to the grid, while preserving utility bill savings for their customers. “There’s still a lot of detail to discuss with stakeholders and the commission,” Khan said, “but I think we have a good framework here to build more details on to allow the solar industry to grow.”

Utilities benefit from alternative energy sources by not having to build more utility lines, generators, or invest in infrastructure.

Khan said that solar developers hope to gain greater certainty over their ability to connect customers to their projects. Utilities would have the financial resources needed to maintain a reliable grid, essential to the widespread success of solar, and solar resources can be better targeted to areas of the grid that need them. Utilities also benefit from not having to build more utility lines, generators, or invest in infrastructure.

The proposal recommends a transition plan for net-metered customers with rooftop solar panels. The present process would continue until January 1, 2020, with options for a transition to a new formula that more accurately compensates customers for the value of the electricity they send to the grid.

John McAvoy, chairman and CEO of Con Edison, Inc., which includes O&R, said the proposal has found common ground with the solar industry. “We’re working together to keep our state’s solar market vibrant while enabling us to maintain the robust power grid that solar energy requires, and in a way that is fair to all customers.”

How SunEdison’s Ch. 11 filing impacts the Partnership is an open question. SunEdison listed debt of $16.1 billion against assets of $20.7 billion, reported CNN on its website. “The filing caps a quick and severe demise for the company, which at this time a year ago was one of the favored stocks on Wall Street and in the midst of a multi-billion-dollar acquisition binge.”

Advanced Energy Economy Institute—which the solar companies are members—brokered the negotiations. The organization works with utilities, alternative energy firms, and regulators “to identify new business and regulatory models that encourage the adoption of advanced energy technologies in the power sector,” according to the AEE website.

From the perspective of the solar industry, Khan said “for the first time we actually got utilities to state that these distributed resources actually benefit the system in a way where other utilities around the country actually have not admitted yet.”

If a utility sees a need on the system, they are now enabled by the state to use clean distributed resources like solar to meet those needs rather than the traditional investments of building new lines and upgrading substations.

Khan said what was accomplished is extraordinary. “The principles that the utilities agreed to here are really groundbreaking and sets a national precedent for us to collaborate for the benefit of the consumers.”