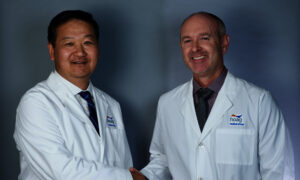 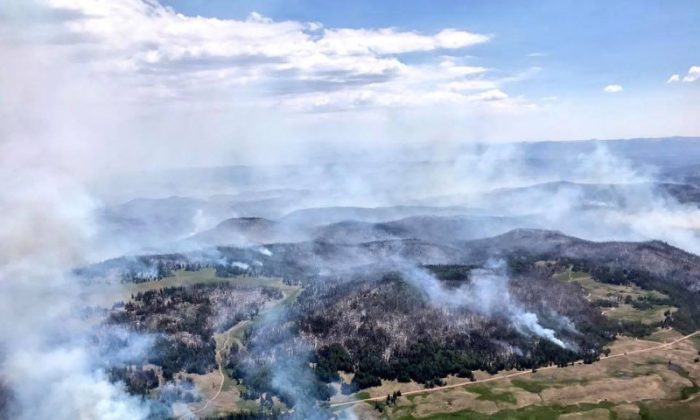 A fierce wildfire that has destroyed more than a dozen homes and forced the evacuation of 1,500 residents raged largely unchecked in southwestern Utah for an 11th day, as an army of firefighters struggled to corral the flames.

As of Tuesday morning, the blaze had scorched nearly 50,000 acres, the bulk of that in the Dixie National Forest, with crews managing to carve containment lines around just 10 percent of the fire’s perimeter, officials said.

The fire erupted on June 17 near the ski resort of Brian Head, Utah, about 30 miles northeast of Zion National Park, and spread quickly as high winds drove flames into dense forests, threatening homes in nearby communities.

The town of Brian Head ordered an evacuation of all residents, and the number of people forced from their dwellings throughout the fire zone has climbed to 1,500, according to U.S. Forest Service spokesman Andrew Jackson.

Local fire spokeswoman Elayn Briggs said at least 13 homes and eight outbuildings have been demolished since the blaze began but no serious injuries have been reported.

The fire was ignited by human activity, but officials said they were still investigating the precise cause.

By Tuesday evening, more than 1,600 firefighters were assigned to the conflagration, backed by an aerial force of 13 water-dropping helicopters. Their efforts were hampered by thick stands of highly combustible dead timber left blighted by bark beetle infestations, Jackson said.

The Brian Head blaze ranks as the largest of 20 major, active wildfires burning across Utah and five other Western states – Arizona, California, New Mexico, Idaho and Oregon. Those fires have blackened a total of 150,000 acres, according to the National Interagency Fire Center in Boise, Idaho.

Another large blaze in Arizona dubbed the Frye Fire has charred nearly 40,000 acres since it was sparked by lightning on June 7 near Mount Graham, but it was more than 40 percent contained by Tuesday, authorities said.

Arizona Governor Doug Ducey declared a state of emergency on Friday, with more than 20 separate fires burning across the state.

The 1,400 residents of Mayer, Arizona, a town about 75 miles north of Phoenix, were told to evacuate as a nearby wildfire grew to 18,000 acres on Tuesday afternoon.