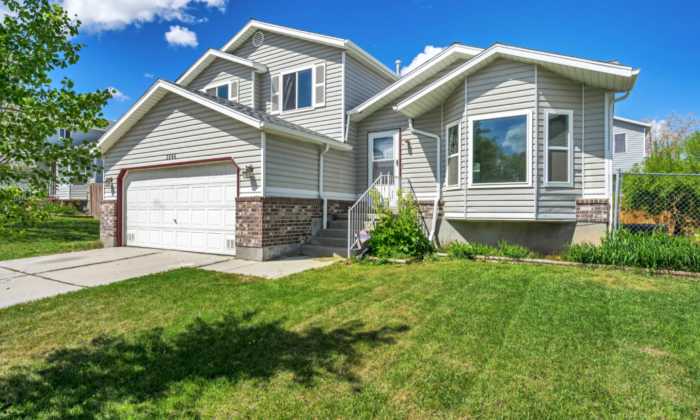 What do Magna, Utah; Mauldin, South Carolina; and Cottage Grove, Wisconsin, have in common? All three of these unassuming communities are listed on Realtor.com’s first annual “Top 10 Best Markets for First-Time Homebuyers Report.”

Magna, a Salt Lake City suburb with a population of 26,500 (2010 Census) actually snagged the No. 1 spot on the list, based on criteria including affordable homes, plentiful jobs and young people, shorter commutes, and lots of choices for food and drink venues. Magna lies about 20 miles west of Salt Lake City. Completing the top five list in order of ranking are Chalco, Nebraska; Mauldin, South Carolina; Beech Grove, Indiana; and Portsmouth, Virginia.

In preparing the report, Realtor.com ranked 1,112 cities and locations with a population of more than 5,000, taking into account the share of 25- to 34-year-olds in the local population. The report also measured the availability of homes for sale, local job opportunities, and affordability, estimated by the ratio of listing prices to gross incomes of that age group in each locale.

“We looked at places that were close to larger metro areas and major employer centers,” George Ratiu, Realtor.com manager of economic research, told The Epoch Times. “A lot of younger people may not be able to afford homes in those downtown areas, but the surrounding communities do offer some great options for these first-time homebuyers. We cast a wide net and captured places that might not be very well known.”

Ratiu indicated that Salt Lake City has been emerging as one of the fastest-growing local markets, and nearby Magna has become a popular satellite community.

Known for its easy access to the lakes and mountains, Magna has become a huge draw for outdoor enthusiasts. The Realtor.com report also notes that new home construction is booming in Magna, offering more options for home shoppers. In addition, the community has been gaining a reputation as a fast-growing tech industry hub.

“Magna has also had both a strong economic growth and recovery during the pandemic,” Ratiu said. “The area has attracted a lot of California companies and residents.”

“In terms of population growth, Utah was second to Idaho last year, and over the past 10 years, Magna has experienced a lot of revitalization,” he told The Epoch Times.

Wolters said many of the homes in Magna date back to the 1800s, when the area was settled by people working at the nearby Kennecott Copper Mine.

“Magna was always known as a blue-collar town, but in the past decade, we’ve seen a lot of new homes constructed and older ones getting a facelift,” he said. “Within the last three to four years, we’ve also seen a lot of new multi-family properties like apartments, condos, and townhomes.”

In Magna, he said, where “affordability is the name of the game,” the median sales price of a single-family home remained at $371,500 over the past year. With an average time on the market of just five days, the area has been a destination for people who want to be near Salt Lake City but can’t afford the higher prices there.

“The median price now for a single-family home in Salt Lake County is over $500,000,” Wolters said.

Wolters and his team deal with a lot of first-time homebuyers, with a mix of local residents and those from out of state.

“When the pandemic started, we saw an influx of people from California to our area,” he said. “A lot of them were able to buy a home for cash after selling their high-priced homes in California.”

The Salt Lake area, he believes, will continue to be a very desirable market given the housing options, cost of living, low unemployment, and growing economy. The area also offers several ski resorts and national parks.

According to the Realtor.com report, more than 15 percent of Magna is home to the 25- to 34-year-old age group, and the average work commute is just 26 minutes. Some of the other locations listed on the report also find themselves in the shadow of larger, more well-known areas such as Indianapolis, Omaha, Virginia Beach, and Orlando.

Maitland, Florida, coming in at No. 10 on the list, is just 20 miles north of Orlando and is known for its popular lakes, good schools, and homes on large lots. While the area is considered a more high-end suburb due to its proximity to Winter Park, newcomers from New York and California may consider the median $500,000 single-family home price to be a bargain.

“The biggest influx of our clients has been from New York and California, where people are paying so much for rentals or housing and now realize they can buy a really nice home with low property taxes for less money,” Paul Young of Young Real Estate told The Epoch Times.

Young, a U.S. veteran, started his own firm just four years ago in Casselberry, Florida, just a few miles from Maitland. Since COVID-19, Young and his team have seen a huge migration to central Florida; currently, there are only 32 homes in Maitland now available on the market. While there are some condos and townhomes that do come onto the market occasionally, most of the properties in Maitland are single-family homes.

Maitland also offers many lakefront properties, contributing to its popularity. “Those homes typically sell for close to or over $1 million,” Young said. “We’ve experienced a large increase in property values over the last two years.”

Young has seen his business grow as well, with almost 200 agents now and a ranking as one of the top 10 independent brokerages in the county. His clients include a mix of first-time homebuyers, retirees, and international buyers.

Ratiu said: “All of these communities on our list are the winners that we have observed, and I think you’re going to see a lot more first-time homebuyers flocking to them. A lot of millennials are thinking about starting families, and they want more affordable options with good local schools.”