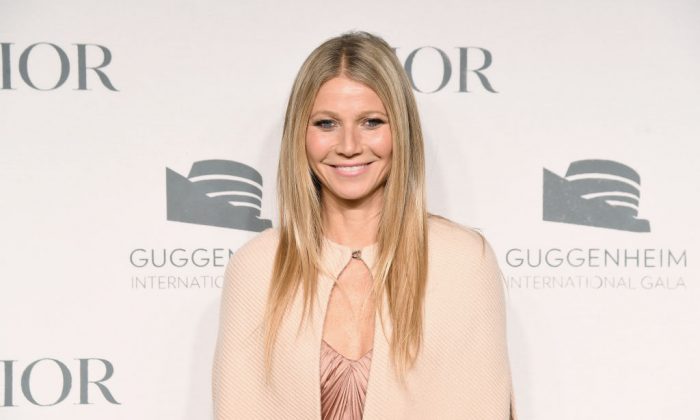 A Utah man has sued Oscar-winning actress Gwyneth Paltrow for $3.1 million, claiming she slammed into him on a ski slope in 2016, breaking four of his ribs and knocking him unconscious before skiing off.

Terry Sanderson, 72, filed a lawsuit on Jan. 29 against Paltrow in Utah state court over the alleged “hit and run ski crash” at the Deer Valley Resort in Park City.

Sanderson, a retired optometrist who said he has skied for more than 30 years, was heading down a beginner slope on Feb. 26, 2016, when he heard “a hysterical scream” and was hit hard between the shoulder blades, he said at a news conference on Jan. 29.

Enjoying some wonderful Moroccan company and cuisine! Thank you, God, for my life!

A spokesperson for Paltrow confirmed the accident had involved the actress, but shrugged off the suit.

“This lawsuit is completely without merit. Anyone who reads the facts will realize that,” Paltrow spokeswoman Heather Wilson said, declining to comment further about the incident.

Robert Sykes, the attorney representing Sanderson, said Paltrow violated a local ordinance requiring skiers to stop and help anyone injured in a collision.

“Gwyneth Paltrow was skiing out of control,” Sykes told the news conference. “What Ms. Paltrow did that day was knock down Terry Sanderson, pick herself up, dust herself off, and ski off without rendering any help.”

Sanderson said he didn’t remember the aftermath of his head hitting the packed snow and that he has had short-term memory loss ever since.

Craig Ramon, who was skiing with Sanderson and claims he witnessed the collision, said a resort staffer at the scene identified the woman who collided with Sanderson as Paltrow.

Ramon said he then approached Paltrow, asking whether she was alright.

“When I started to ski to her, she ended up taking off. Through the whole thing, she didn’t say a single word,” Ramon said via videoconference at the news briefing.

Paltrow won the 1998 Academy Award for best actress for her role in “Shakespeare in Love” and is also known for her Goop website and store that promotes healthy eating and stress-free living.

The Deer Valley Resort and three of its staffers are named as defendants in the suit. Deer Valley spokeswoman Emily Summers declined to comment.

Alec Baldwin pleaded guilty to harassment stemming from when he allegedly punched a man during a parking dispute in New York City last year.

Baldwin, who is recently known for his work as President Donald Trump on “SNL,” reportedly got into an argument with another man near 10th Street and 5th Avenue. The man swooped on the parking spot that Baldwin was going to take, according to reports at the time.

He has denied punching the man.

Appearing in a Manhattan courtroom, Baldwin agreed to the district attorney’s recommendation that he go to a short anger management program, Fox News reported.

The district attorney also said it recommends a violation charge of harassment in the second degree, adding that Baldwin, 60, does not have a criminal record.

He will also have to pay a mandatory surcharge of $120 and provide proof of payment and completion of the anger management courses by March 27.

Fox reported that the video and photographs of the incident will be destroyed under the law.

Baldwin didn’t issue a statement as he left the courtroom on Jan. 23.

The longtime actor is no stranger to public outbursts.

In 2014, Baldwin was handcuffed by an officer after getting “belligerent” when the officer stopped him on his bike after he was heading in the wrong direction.

Baldwin “refused to [identify] himself, became belligerent, cursing and yelling. He was then placed in handcuffs,” the New York City Police Department said, according to reports at the time.

“Don’t you know my taxes pay your salary?” he screamed at the time, the New York Post reported. Baldwin was “totally belligerent” during the incident. “How old are these officers?” he also allegedly stated at the time. “They don’t even know who I am.”

“New York City is a mismanaged carnival of stupidity that is desperate for revenue and anxious to criminalize behavior once thought benign,” Baldwin tweeted after the incident.

He was removed from a plane in 2011 after refusing to stop playing “Words With Friends” on a flight.

And in 2012, he was accused of getting aggressive with a photographer in New York. In 2013, another photographer filed a harassment claim against him.

Jack Phillips contributed to this article