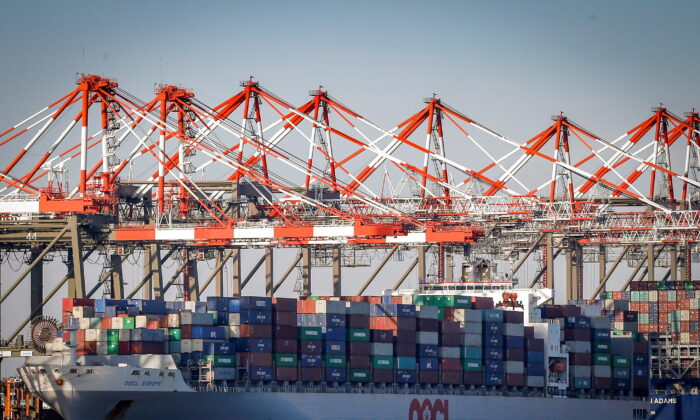 The OOCL Europe is docked at the Port of Newark in Newark, N.J., on Nov. 27, 2017. (Brendan McDermid/Reuters)
Economy

US Trade Deficit Narrows in July; Exports at Record High

The U.S. trade deficit narrowed in July as exports hit a record high, a trend that could see trade continuing to contribute to gross domestic product in the third quarter.

The Commerce Department said on Wednesday that the trade deficit declined 12.6 percent to $70.6 billion. Exports of goods and services edged up 0.2 percent to $259.3 billion, while imports fell 2.9 percent to $329.9 billion.

Trade added 1.42 percentage points to GDP in the second quarter, despite an overall contraction in economic activity, after being a drag for seven straight quarters.