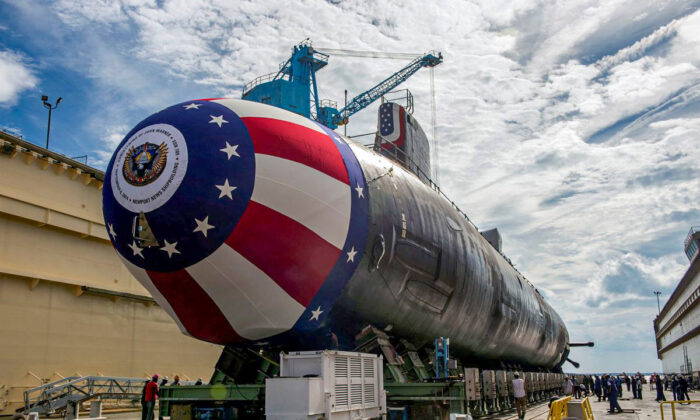 US to Train Australian Nuclear Submariners

Lawmakers are clearing the way for Australian naval officers to receive the “highest standard” of training in U.S. Naval technology and establish the crew of the country’s future nuclear-powered submarine fleet.

“Our bill will authorize an education and training program for Royal Australian Navy submariners to receive formal instruction in the highest standard of U.S. Navy technology and will begin rotating in the first cohorts of Australian sailors who will command their future fleet of nuclear-powered submarines,” according to Rep. Joe Courtney (D-CT) in a statement.

Under the program, at least two Australian naval officers will be selected each year to receive training at the Navy Nuclear Propulsion School in South Carolina. Officers will be enrolled in the Submarine Officer Basic Course and later be assigned to an operational U.S. submarine at sea.

The centrepiece of the agreement is the sharing of the U.S.’s top-secret nuclear propulsion technology with Australia and the arming of the nation’s naval forces with nuclear-powered submarines.

The deal is significant given Australia’s long-standing aversion to nuclear power, which was put aside in response to increasing tensions in the Indo-Pacific region from the Chinese Communist Party.

An ongoing concern with the implementation of AUKUS has been the lag time between the signing of the agreement and the arrival of the first nuclear-powered submarines, which could be expected around the late 2030s.

As a stopgap solution, former Australian Defence Minister Peter Dutton revealed that he was close to requesting to purchase two Virginia-class submarines from the United States, while the remaining eight submarines in the proposed fleet would be constructed locally in South Australia.

There have also been calls for Australia to purchase a third-class of submarine as a stopgap, but Dutton, now the opposition leader, has argued strongly against this.

“Defence leaders here and in the U.S. strongly advised me, Australia doesn’t have the construction workforce, let alone the crew capability, to run three classes of submarines,” he wrote in an op-ed.