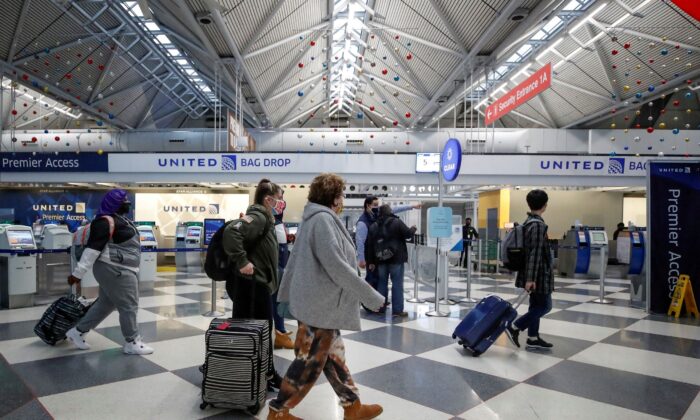 US to Award $2.89 Billion to Airports Under Infrastructure Law

Airports can use funds for runways, taxiways, safety, terminal, airport-transit connections, and roadway projects. The infrastructure law provides $15 billion over five years and the FAA estimates there is a $43.6 billion backlog in airport modernization and safety projects.

Atlanta’s International Airport will receive $92.5 million, the most of any airport, while Los Angeles International will get $79.3 million and Chicago O’Hare $73.7 million.

During the pandemic, some airports were forced to put some projects on hold because of lower passenger volumes.

Airports have received about $20 billion in emergency pandemic funding since March 2020 from Congress.

San Francisco International Airport is set to receive $49.35 million from the FAA for the current budget year. It will use the funds to complete the final phase of the Harvey Milk Terminal 1—including the construction of a new check-in lobby, which was postponed due to COVID, and upgrading of the airport’s electrical power distribution infrastructure.

In total, San Francisco’s airport is set to receive about $250 million over five years. House Speaker Nancy Pelosi said the funds will shorten lines at the terminal.

The infrastructure law has $25 billion for aviation including $15 billion nationwide in formula funding for airport development grants based on passengers. There is also a $5 billion grant program nationally for airport terminal and landside improvements, and $5 billion for FAA towers and facilities funding.

The FAA said airports can submit proposals for review in the coming weeks and it encourages airports “to prioritize projects that increase airport safety, equity and sustainability.”