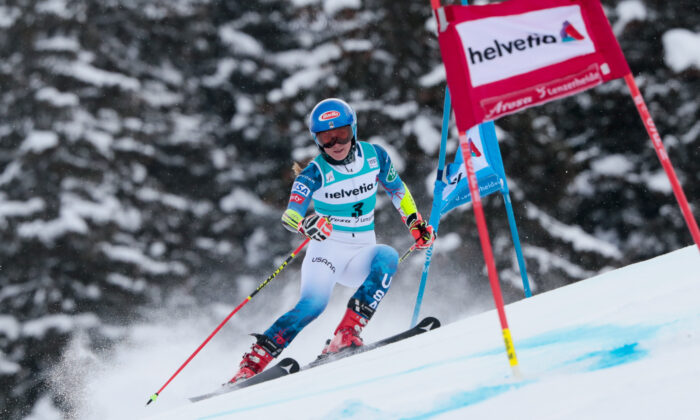 Mikaela Shiffrin is planning a return to speed racing in the alpine skiing World Cup season, after reducing her schedule almost exclusively to slalom and giant slalom last year.

The American two-time Olympic champion said on Thursday she was eyeing a start at the first speed races of the season: Two downhills and a super-G in Lake Louise, Alberta, in early December.

“For my whole career my focus will always be tech, but I love speed, and I love Lake Louise especially, so that is in the plan right now,” Shiffrin said.

“I probably won’t be at every single speed race, it’s just not really possible.”

Shiffrin’s first career win in a speed race came in the Lake Louise downhill in 2017, and she added a super-G victory at the same resort the following year.

The new season, which includes the Beijing Olympics in February, starts on Oct. 23 with the traditional giant slalom on a glacier in Sölden, Austria.

Shiffrin triumphed in the season opener in 2014 for one of her 69 World Cup wins.

Shiffrin returned last November after a 10-month break from racing following the death of her father, the coronavirus outbreak, and a back injury.

She competed only in the technical events, except at the world championships in Cortina d’Ampezzo, Italy, in February, when she won gold in alpine combined and bronze in super-G.

“This last season was a bit … kind of comeback, almost. And I really had enough to focus on in slalom and GS,” said Shiffrin, who was speaking in Austria at a virtual media event of her equipment supplier, Atomic.

“I feel like there is a million things I can improve, especially after last season: The timing in the gates, in slalom keeping up with my quickness and agility, there was a conditioning aspect to it as well. I feel like everything could be on a higher level.”

The three-time overall World Cup champion used the offseason to work on various aspects of her skiing in all alpine disciplines.

“I don’t feel any lack of things I can improve but I guess sometimes it is good to take a step back and say, ‘The level is pretty good.’”