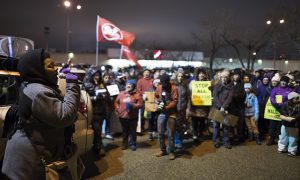 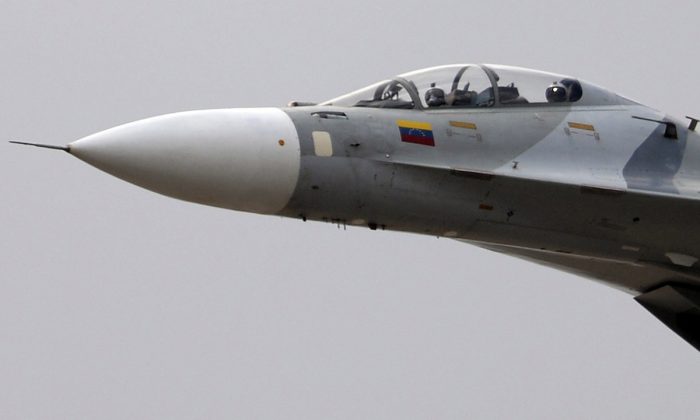 US Says Venezuelan Plane Aggressively Shadowed a US Military Aircraft

The encounter between the two planes occurred on Friday, the same day that the Trump administration announced it was imposing sanctions on four top officials in Venezuela’s military counterintelligence agency.

In a statement issued Sunday, the U.S. military said that it had determined the “Russian-made fighter aggressively shadowed the EP-3 at an unsafe distance in international airspace for a prolonged period of time, endangering the safety of the crew and jeopardizing the EP-3 mission.”

The two planes did not collide and no one was hurt in the incident.

The U.S. military did not give details of the EP-3’s mission nor say where the encounter took place.

In a statement published on Sunday by Venezuela’s government, the South American country’s armed forces said they rejected “the incursion of a U.S. reconnaissance and intelligence aircraft” in the flight area surrounding Maiquetia airport, which serves the capital city of Caracas.

At 11.33 a.m. local time, two Venezuelan fighter jets intercepted the aircraft and it was escorted out of Venezuela’s airspace, the statement said.

President Donald Trump’s administration has repeatedly used sanctions in an effort to oust Venezuelan dictator Nicolas Maduro, whose 2018 re-election has been deemed illegitimate by the United States and most Western nations.

Maduro has retained the backing of Venezuela’s military and other institutions, as well as China, Russia, and Cuba.

“The Maduro regime continues to undermine internationally recognized laws and demonstrate its contempt for international agreements authorizing the U.S. and other nations to safely conduct flights in international airspace,” the U.S. military said in a statement.

The statement also took a swing at Russia, saying the close encounter in the air “demonstrates Russia’s irresponsible military support to the illegitimate Maduro regime.”