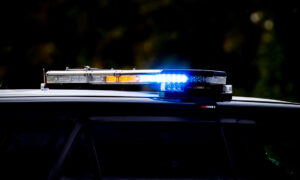 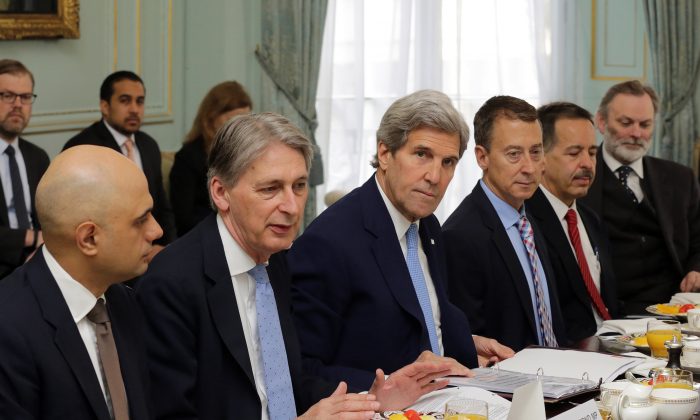 LONDON—U.S. Secretary of State John Kerry tried Thursday to reassure European banks they won’t be penalized for conducting or facilitating business with Iran, as he worked to address Tehran’s grievance that businesses are still staying away despite the nascent nuclear deal.

At an unusual meeting in London, the top U.S. diplomat joined Britain’s top commerce official to challenge what Kerry called “misinterpretations or mere rumors” about U.S. sanctions on Iran, the most sweeping of which were lifted in exchange for Iran rolling back its nuclear program. The list of banks whose leaders attended was a Who’s Who of powerful financial institutions based in Europe, including HSBC, Deutsche Bank, Barclays and BNP Paribas.

“We want to make it clear that legitimate business, which is clear under the definition of the agreement, is available to banks,” Kerry told reporters after the meeting. “As long as they do their normal due diligence and know who they’re dealing with, they’re not going to be held to some undefined and inappropriate standard here.”

American officials have been fanning out across the globe in recent weeks to address Iran’s complaints that it hasn’t received the sanctions relief it was promised in exchange for slowing down its nuclear program. Under the deal, broad U.S. sanctions on Iran’s economy were removed, clearing the way for foreign companies to do business with most Iranian companies.

Yet some specific Iranian entities, including companies associated with Iran’s Revolutionary Guard, are still off-limits under sanctions punishing Iran for other behavior. And the U.S. maintains a prohibition on Iran accessing the American financial system or directly conducting transactions in U.S. dollars, fueling confusion and practical impediments given that international transactions routinely cross through the U.S. banking system.

“In some cases, there has been a reluctance in some places to take risk — or what they think is a risk,” Kerry said.

Hammond, Kerry’s British counterpart, said the goal was to bridge the disconnect between the political intentions of the countries that negotiated the nuclear deal and the “banking world reality.” He said if world powers are to ensure their objective of normalizing relations with Iran and ending its global isolation, they must succeed in persuading banks that it’s safe to invest in the Islamic Republic.

“Essentially, it’s the first hurdle in the race,” Hammond said. “If we fall at this one, then we’ll never get the chance to demonstrate all the other benefits that can flow from this agreement that we spent so much time and energy delivering last year.”

European and Asian governments and companies, primarily banks, have sought written clarification about what current U.S. laws and financial regulations allow. Essentially, they want a promise that the U.S. will not prosecute or punish them for transactions involving Iran — a step the U.S. has so far been reluctant to take.

Meanwhile, the U.S. has suggested that some foreign companies have other reasons for avoiding Iran, including the country’s antiquated financial system that fails to meet modern international standards, as well as Iranian support for terrorism and human rights violations. While in London this week, Kerry said it was unfair that businesses were using the U.S. as an “excuse” not to do business there.

Yet foreign companies have cited legitimate concerns about potential punishment from the U.S. if they violate the remaining sanctions. In 2014, before the nuclear deal, French bank BNP Paribas agreed to pay almost $9 billion in penalties and plead guilty to processing transactions for clients in Iran and other U.S.-sanctioned nations.

What’s more, foreign companies are unsure whether President Barack Obama’s nuclear deal with Iran will survive. Although the Democratic candidates for president support the deal, Republicans have lambasted it and threatened to slap sanctions on again after Obama leaves office.