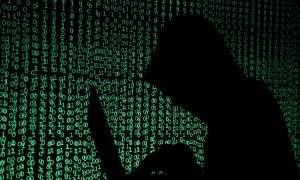 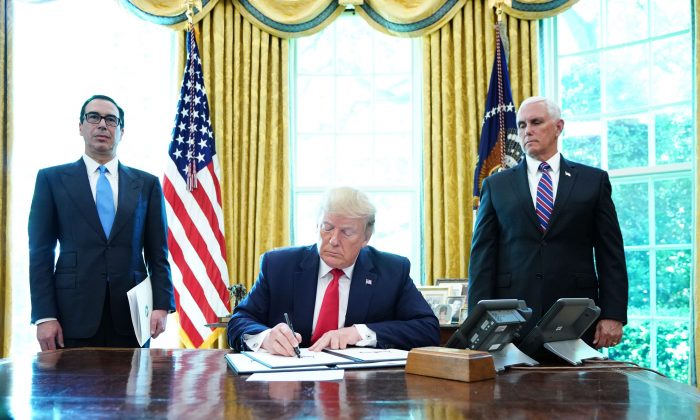 In the Oval Office, Trump told reporters he was signing an executive order for the sanctions after a series of “aggressive behaviors” by the Islamic nation, which he described as “not appropriate.”

Tensions between Iran and the United States have increased after the United States pulled out of the so-called nuclear deal with Iran and reimposed sanctions on the regime. In May, Washington ordered all countries to halt imports of Iranian oil.

Trump said he would have imposed the latest round of sanctions regardless of the drone incident, blaming the recent conflict on Iran’s leadership, and said the new U.S. measures “represent a strong and proportionate response to Iran’s increasingly provocative actions.”

“The Supreme Leader of Iran is one who ultimately is responsible for the hostile conduct of the regime,” Trump told reporters. “He is respected within his country. His office oversees the regime’s most brutal instruments.”

The president said the executive order will deny “access to key financial resources” used by the Supreme Leader, his office, and those “closely affiliated” with him.

Trump also reiterated that the United States does not want a conflict with Iran, telling reporters, “I can only tell you we cannot ever let Iran have a nuclear weapon.”

Trump told reporters the United States has already shown “a lot of restraint” in dealing with Tehran and warned that it may not “show it in the future.”

According to the White House, Trump’s executive order authorizes the secretary of the Treasury to impose sanctions on officials appointed to their position by the Supreme Leader.

The Department of the Treasury’s Office of Foreign Assets Control said it reinforced Trump’s order with the sanctioning of commanders from the Navy, Aerospace, and Ground Forces of the IRGC.

The eight commanders supervise the IRGC’s “malicious regional activities,” including ballistic missile programs, sabotage of commercial vessels in international waters, and its “destabilizing presence in Syria,” the department said.

Trump is also authorizing the Secretary of the Treasury to impose sanctions on any person who provides material support to the Supreme Leader’s Office.

Mnuchin said the department’s actions are a warning to officials “at all levels of the IRGC,” and those of the Iranian regime in that they will continue to sanction anyone who exports “violence, sabotage, and terrorism.”

On June 20, an Iranian missile destroyed a U.S. Global Hawk surveillance drone in international airspace, according to the Pentagon. Trump later said he had called off a retaliatory military strike at the last minute after being told it would kill 150 people, saying on Twitter that it “was not proportionate to shooting down an unmanned drone.”

A senior U.S. State Department official said on June 24 that the United States was building a coalition with allies to provide both material and financial contributions to protect Gulf shipping lanes.

The United States has said Iran was responsible for the June 13 attacks against two oil tankers in the Gulf of Oman, near the Strait of Hormuz.

“It’s about proactive deterrence, because the Iranians just want to go out and do what they want to do and say, hey, we didn’t do it. We know what they’ve done,” the official told reporters, adding that the deterrents would include cameras, binoculars, and ships.

In a joint statement on June 24, the United States, Saudi Arabia, the United Arab Emirates, and Britain expressed concern over Middle East tensions and the dangers posed by Iranian “destabilizing activity” to peace and security in Yemen and the region.