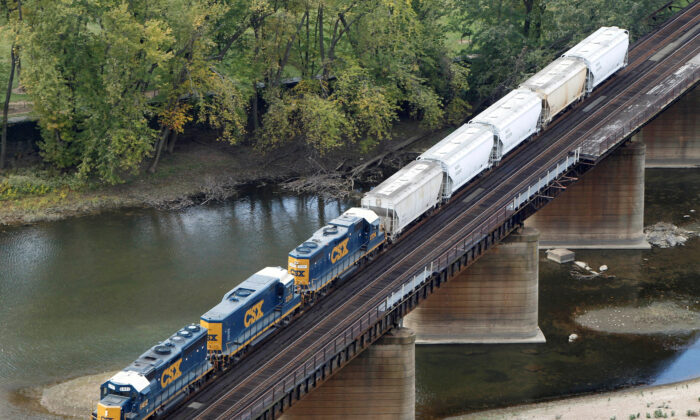 LOS ANGELES—Two unions negotiating contracts for almost 60,000 workers at major U.S. freight railways on Sunday said those employers are halting shipments of some cargo to gain leverage ahead of this week’s deadline to secure labor agreements.

Unions and railroads, including Union Pacific, Berkshire Hathaway’s BNSF, CSX, and Norfolk Southern, have until a minute after midnight on Friday to reach tentative deals. Failing to do so opens the door to union strikes, employer lockouts, and congressional intervention.

Railroads late last week said they would begin halting shipments of hazardous and toxic materials starting on Monday to ensure safety in the event of a strike.

“They are locking out their customers … and further harming the supply chain in an effort to provoke congressional action,” Jeremy Ferguson, president of the transportation division of the International Association of Sheet Metal, Air, Rail, and Transportation Workers (SMART-TD), and Dennis Pierce, president of the Brotherhood of Locomotive Engineers and Trainmen (BLET), said in a joint statement on Sunday.

The brinkmanship comes at a sensitive time for unions, railroads, shippers, consumers, and President Joe Biden—who appointed an emergency board to help break the impasse.

As of Sunday, 8 of 12 unions had reached tentative deals, the National Railway Labor Conference (NRLC) said. Those groups do not include SMART-TD and BLET, which represent about half of the 115,000 workers affected by the talks.

“Railroads do not believe a national service interruption is inevitable but the time has arrived when certain customers will begin to be impacted if agreements are not reached,” the Association of American Railroads (AAR) said of the industry’s decision to pause hazardous shipments.