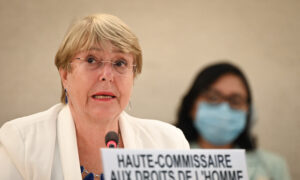 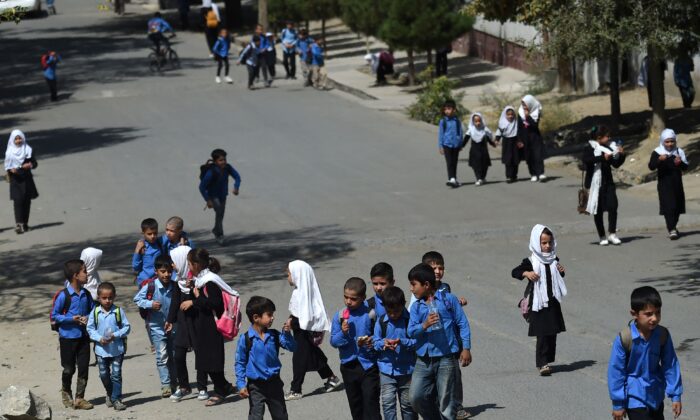 US Pledges $64 Million in Aid to Afghanistan, Promises to Respect Sanctions

The United States has promised to send about $64 million more in aid to Afghanistan, pledging to respect sanctions on the Taliban terrorist group that now controls the country.

The U.S. Agency for International Development (USAID) and the U.S. Department of State are sending the aid through independent organizations like United Nations agencies and non-governmental groups to “provide life-saving support directly to Afghans facing the compounding effects of insecurity, conflict, recurring natural disasters, and the COVID-19 pandemic,” USAID said in a statement on Monday.

The Taliban took over Afghanistan in mid-May, routing the U.S.-backed Afghan forces in a series of fights.

U.S. troops rushed back to the country to secure Kabul’s airport and allow the evacuation of some 120,000 people, but withdrew on Aug. 30.

Sanctions on the Taliban will be respected when apportioning the aid, U.S. Secretary of State Antony Blinken told lawmakers in Washington on Monday.

“We have seen a terrible drought, growing nutrition problems. It is one of the reasons that we think it is so important to make sure that regardless of anything else, we and other countries find ways to continue humanitarian assistance to the people of Afghanistan,” he said.

“We can and will do that consistent with the sanctions in our laws by directing assistance through NGOs and United Nations agencies, not through the government. We need to do everything we can to make sure the people of Afghanistan do not suffer anymore,” he added.

The State Department declined to name the non-governmental groups. USAID did not respond to a request for comment.

A State Department spokesperson told The Epoch Times via email that “Our partners have extensive experience working in challenging environments, and have strong risk management procedures in place for their operations, with the objective of ensuring that humanitarian assistance reaches its intended recipients.”

“We have not taken steps to reduce sanctions pressure on sanctioned Taliban leaders or the significant restrictions on their access to the international financial system,” the spokesperson added.

The United States is the largest humanitarian donor to Afghanistan, according to USAID. The financial support this year alone is up to nearly $330 million.

Funding could go to the Taliban. Griffiths noted that the group asked for international support to reconstruct Afghanistan as well as build a counter-narcotics program.

Some U.S. lawmakers have expressed concern about keeping aid out of the hands of the Taliban, including on Monday.

“I would like to see, if we’re going to help Afghanistan with food and aid, that we extract certain commitments from them before we just give them food,” Rep. Albio Sires (D-N.J.) said.

Blinken began to respond, but Sires interrupted him and moved on to another topic.