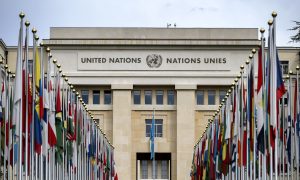 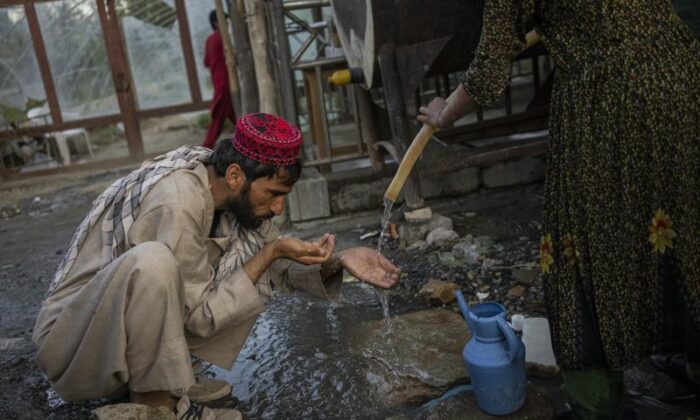 The U.N. humanitarian chief on Sept. 13 announced that more than $1.2 billion in humanitarian and development aid has been donated to assist Afghans facing a growing humanitarian crisis in the country since the Taliban takeover of Kabul and many other regions.

The pledges, which were announced by undersecretary-General Martin Griffiths on Monday, by far surpass the $606 million figure the United Nations had sought until the end of the year to assist 11 million Afghan citizens in the region, as some have fled as refugees to neighboring countries.

The sum as of Sept. 14 includes the funding from the initial $606 million sought in a “flash appeal,” and the regional response to the growing humanitarian crisis, Griffiths said on Monday, speaking at the first high-level briefing on Afghanistan since the Taliban terrorist group seized control of the capital on Aug. 15.

“The funding will throw a lifeline to Afghans who lack those services, to the small children that Henrietta Fore of UNICEF spoke of, who face the risk of acute malnutrition, to the many women and girls who could lose their access to reproductive health services and much more, as we have discussed,” Griffiths said.

“This is a productive day, but it is far from the end of the journey,” he continued, emphasizing, “We need to be with them [Afghans] for the long and hard road ahead.”

Prior to the arrival of the Taliban leadership in Kabul, many in Afghanistan, one of world’s poorest nations, had already been struggling to feed their families amid severe drought. Now with the economy collapsing and the Taliban’s newly declared government isolated, yet to secure international recognition, aid agencies say millions face starvation.

U.N. Secretary-General Antonio Guterres said at the beginning of the conference on Monday that Afghans “need a lifeline,” citing the “spiraling” poverty rate in the country.

“After decades of war, suffering, and insecurity, they face perhaps their most perilous hour. Now is the time for the international community to stand with them,” he said. “And let us be clear, this conference is not simply about what we will give to the people of Afghanistan. It is about what we owe.”

The United States is “committed to providing humanitarian assistance” for and assisting Afghans, said Linda Thomas-Greenfield, the U.S. ambassador to the United Nations.

“We’ll continue to support humanitarian aid to the Afghan people,” Blinken said. “Consistent with sanctions, this aid will not flow through the government, but rather through independent organizations like NGOs and U.N. agencies.”

Denmark has said it would pledge a further $38 million, Norway has announced plans to donate an additional $11.5 million, while German Foreign Minister Heiko Maas has, without elaborating on specifics, said the country would pledge $590 million into the region and its neighboring countries.

Last week, Beijing said that it would provide food and health supplies worth $31 million, Iran announced that it had sent an air cargo of humanitarian aid, while Pakistan said it dispatched supplies, such as medicine and cooking oil.

On Aug. 22, Henrietta Fore, the head of the U.N. children’s agency, UNICEF, said that she expects the humanitarian needs of women and children to increase over the coming months.

“In recent years, significant strides have been made on increasing girls’ access to education—it is vital that these gains are preserved, and advocacy efforts continue so that all girls in Afghanistan receive a quality education,” she added.