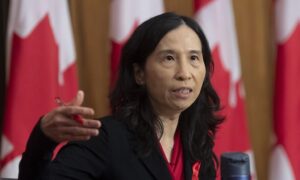 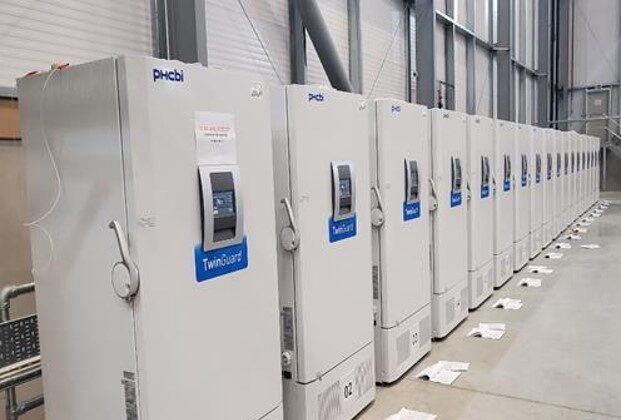 Specialist freezers await distribution of the coronavirus disease (COVID-19) vaccines to the NHS from a secure location in Britain, in this undated handout obtained on Dec. 5, 2020. (Public Health England/Handout via Reuters)
AMERICA

US Plans to Ship 2.9 million COVID-19 Vaccine Doses By This Week

Operation Warp Speed’s chief operating officer said Wednesday that the federal government could distribute 2.9 million COVID-19 doses by the end of this week should the Food and Drug Administration (FDA) approve Pfizer’s vaccine during its vaccine advisory committee meeting.

Gen. Gustave Perna told reporters that the distribution will begin immediately if FDA independent advisers recommend emergency use authorization (EUA) for the vaccine candidate developed by Pfizer and BioNTech this week.

The FDA announced Tuesday that Pfizer’s vaccine, called BNT162b2, met its success criteria. The United Kingdom has already approved Pfizer’s vaccine and began administering doses on Tuesday morning. Approval for a COVID-19 vaccine created by Moderna meanwhile could come as soon as Dec. 17.

Each individual receiving Pfizer’s vaccine must take two doses three weeks apart, Perna said, noting that an additional 2.9 million doses will be set aside for individuals to take their second dose.

A reserve of 500,000 doses has also been set aside by the government in case of an emergency or a manufacturing error, Perna said during a news conference on COVID-19 vaccine distribution.

Operation Warp Speed chief Moncef Slaoui told reporters at the same briefing that once the federal government and states become more “confident” in the COVID-19 vaccine distribution process, a reserve will no longer be needed.

“That is the method that we’re using for the initial distributions,” he said.

The Bureau of Prisons, Department of Defense, Department of State, Indian Health Service, and Veterans Health Administration, as well as 64 jurisdictions, will receive the initial doses, the officials said.

The Department of Defense announced Wednesday that it expects to begin distributing its first 44,000 doses of Pfizer’s COVID-19 vaccine as early as next week.

Doses will be distributed through airlines and shipping companies like FedEx and UPS.

It ensures the U.S. government prioritizes distributing and administering the vaccines to American citizens before sending them to other nations, Trump said at a vaccine summit at the White House. If necessary, the president will invoke the Defense Production Act.

The White House said in a fact sheet that doses will be shipped within 48 hours of FDA emergency approval.

U.S. officials believe 20 million Americans will be vaccinated this month and tens of millions more early next year.

“Every American who wants the vaccine will be able to get the vaccine,” Trump said, adding that the vaccines “will end the pandemic.”

The ultimate decision on who gets the first doses rests with governors, Trump said on Tuesday. His administration is encouraging them to prioritize seniors and people who work with seniors.