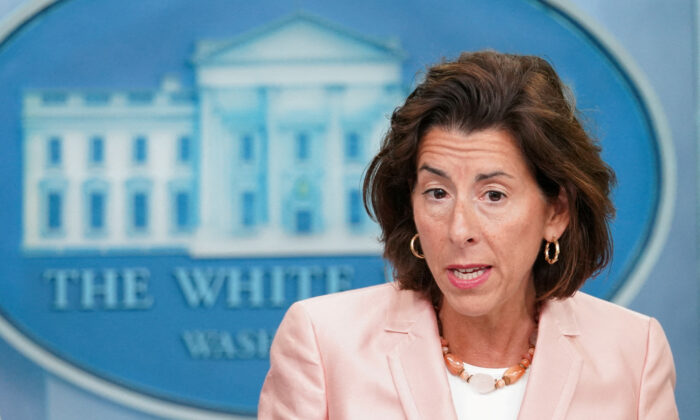 US Picks Team to Oversee $52.7 Billion in Semiconductor Funding

WASHINGTON—The Biden administration on Tuesday named a team of senior advisers to oversee $52.7 billion in government funding to boost semiconductor manufacturing and research.

In August, Congress approved $52.7 billion for semiconductor manufacturing and research and a 25 percent investment tax credit for chip plants that is estimated to be worth $24 billion.

NEC Director Brian Deese said Chatterji “will help coordinate a unified approach to our key implementation priorities while ensuring that we have guardrails and oversight in place to responsibly spend taxpayer dollars.”

The legislation championed by Biden aims to boost efforts to make the United States more competitive with China and alleviate a persistent chips shortage that has affected everything from cars to washing machines to video games and weapons.

Eric Lin, director of the government’s Material Measurement Laboratory, will be interim director of the CHIPS Research and Development Office. The chips law includes $11 billion for research spending.

Commerce Secretary Gina Raimondo said the chips team would consist of about 50 people.

“These leaders bring decades of experience in government, industry, and the R&D space, with a special emphasis on standing up and implementing large-scale programs,” Raimondo said.