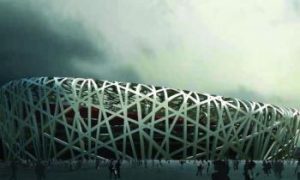 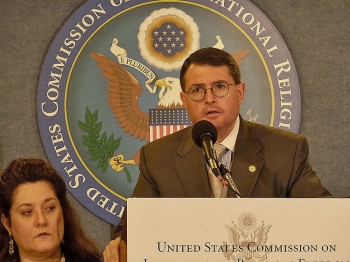 By Andrea Hayley
Print
WASHINGTON—The United States is the only country with an independent, permanent panel monitoring the state of religious freedom in the world, and making policy recommendations based on their findings.

The commission’s annual report, released this week, details abuses, and calls out the rhetoric used by repressive regimes to carry out atrocities against religious believers. The panel’s independence from the government allows it to raise concerns freely, where politics prevents most lawmakers and administration officials from treading.

“We have lots of perseverance,” said Commissioner Nina Shea.

The United States Commission on International Religious Freedom (USCIRF), created by an act of Congress in 1998, carefully documents violations of religious freedom around the world.

It then makes recommendations to the State Department about countries that should be designated Countries of Particular Concern, or CPCs. USCIRF also maintains its own watch lists.

CPCs are designated as those governments that have engaged in, or tolerated, “systematic, ongoing, and egregious” violations of religious freedom, such as acts of torture, prolonged detention without charges, disappearances, and so on.

The discrepancy between the commission’s list and the State Department’s willingness to include countries on its list represents a major area of concern for commission members.

This year’s commission report is dedicated to the memory of Shahbaz Bhatti, the Pakistani federal minister for Minority Affairs, who was assassinated on March 2 by the Pakistani Taliban for his efforts to promote religious tolerance.

“Federal Minister Bhatti was a longtime friend of the commission and a personal friend of mine,” said Commissioner Shea.

Pakistan has been on USCIRF’s list of recommendations since 2002.

“Pakistan is arguably the most glaring omission to the State Department’s CPC list, as the government is both responsible for and tolerates egregious violations of religious freedom,” said Commissioner Shea.

Chair of the commission, Leonard Leo, said he remained “hopeful” that the State Department would act this year. They have yet to announce any actions, either for or against designations.

“Only 8 of our 14 countries that we designated as CPCs (have been accepted). We don’t designate CPC countries for sport,” he said.

The report notes that the Obama administration has yet to act substantively on the issue of religious freedom, preferring to keep it on the margins of U.S. foreign policy.

In completing their work, the nine commissioners and their staff travel to trouble spots throughout the year to investigate allegations of abuse. They also hold public hearings, release timely statements, provide testimony to Congress, and engage in meetings of the United Nations.