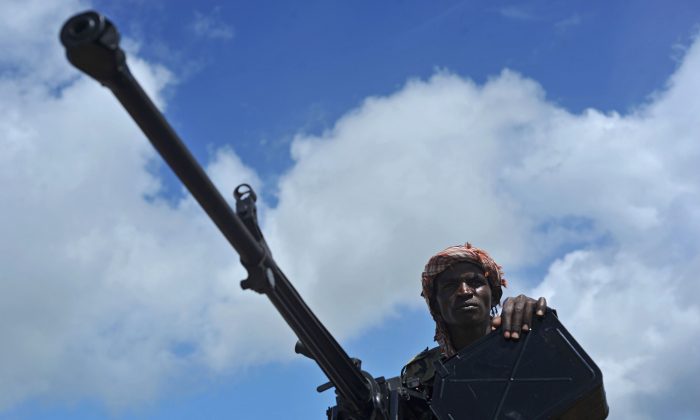 A Somali soldier holds a machine gun at Sanguuni military base, where an American special operations soldier was killed by a mortar attack on June 8, about 450 km south of Mogadishu, Somalia, on June 13, 2018. (Mohamed Abdiwahab/AFP/Getty Images)
Africa

NAIROBI—The U.S. military said it killed nine extremists in an airstrike targeting al Shabaab in Lebede, Somalia, as part of its operations to support the government’s efforts to weaken the extremist group.

The military’s Africa Command [Africom] said the strike was carried out on Nov. 30, “We currently assess this airstrike killed nine militants with no civilians involved,” Africom said in a statement late on Dec. 1.

The United States carries out periodic air strikes in Somalia in support of a U.N.-backed government there, which has been fighting against an al-Shabaab insurgency for years.