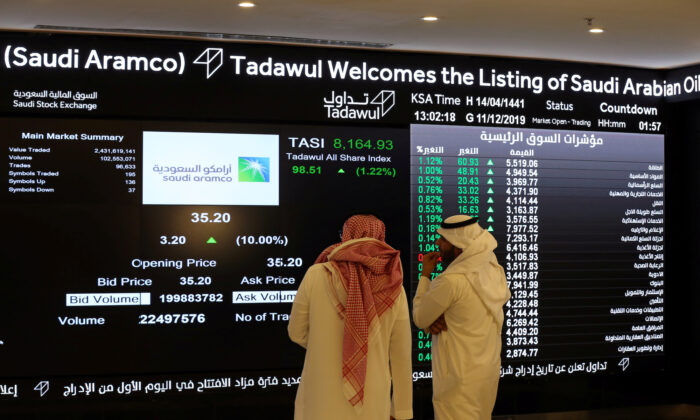 The cost of insuring against a potential debt default by Saudi Arabia has soared by over 16 percent since the killing by a U.S. drone of Iranian commander Qassem Soleimani.

International bonds issued by Saudi Arabia and its state oil giant Aramco were yielding around 10 basis points more on the long end of the curve when compared to their levels before the strike.

The price of Saudi credit default swaps, also known as their “spread,” was at 64 basis points early on Monday, up from 55 bps on Jan. 2, according to IHS Markit, via Reuters.

Rating agency Moody’s said on Monday the credit implications of a military conflict between Iran and the United States would depend on factors like duration and scope, but that Iraq and debt issuers in the Gulf and potentially Lebanon could be affected.

“The main channels of credit transmission would be the immediate effect of the shock to exports and fiscal revenue should hydrocarbon production capacity be impaired significantly and durably,” it said.

President Donald Trump ordered a strike last week against Soleimani, the architect of Tehran’s overseas military operations, including ones targeting Americans. The Iranian general was killed early on Jan. 3 by a drone-fired missile that struck his convoy at Baghdad’s airport.

Before the attack, the U.S. intelligence community said it had reason to believe that Soleimani was involved in “late stage” planning to strike Americans in multiple countries.

Iranian officials responded to the strike by threatening to retaliate.

“Some 35 U.S. targets in the region, as well as Tel Aviv, are within our reach,” Senior Revolutionary Guards commander Gen. Gholamali Abuhamzeh was quoted by Tasnim news agency as saying. He also raised the prospect of possible attacks on U.S. destroyers and other warships in the Strait of Hormuz.

Trump then cautioned that the United States had “targeted 52 Iranian sites” in response to the retaliatory threats and warned Iran not to attack “any Americans or American assets” or targets would be “hit very fast and very hard.”

The mounting tensions have impacted markets.

Stocks in the Persian Gulf plunged in trading on Jan. 5, with shares of oil giant Saudi Aramco falling 1.7 percent to their lowest level since listing last month in a record initial public offering.

The Kuwaiti index, the best performer in the region in 2019, fell almost 4.1 percent, while Saudi stocks plunged 2.2 percent.

“A U.S.-Iran war could shave 0.5 percentage points or more off global GDP, mainly due to a collapse in Iran’s economy, but also due to the impact from a surge in oil prices,” Jason Tuvey, senior emerging markets economist at Capital Economics, said in a note last week.

Oil prices jumped to $63.05 a barrel on Jan. 3, their highest level in more than three months, after Soleimani’s killing sparked fears that conflict in the region could disrupt global oil supplies.

The killing of Soleimani came following months of attacks by Iran-backed militias on U.S. forces in Iraq.

The hostilities that targeted U.S. troops included the storming of the U.S. Embassy in Baghdad by Iranian-backed protesters and their supporters on Dec. 31, 2019, and the death of a U.S. military contractor in a rocket attack a few days earlier. Several U.S. and Iraqi soldiers were also wounded in the attack, which the United States has attributed to Kata’ib Hezbollah.

According to State Department officials, the killing of Soleimani was in response to the years of deadly attacks that he had personally orchestrated in the region. They stressed that another major attack in Iraq had been imminent, but it’s now not likely to happen.

President Donald Trump told reporters in Florida that afternoon that the strike was carried out “to stop a war.”

Experts and others familiar with the situation told The Epoch Times that Iran Supreme Leader Ali Khamenei is unlikely to order attacks on U.S. assets while the nation is mourning Soleimani.