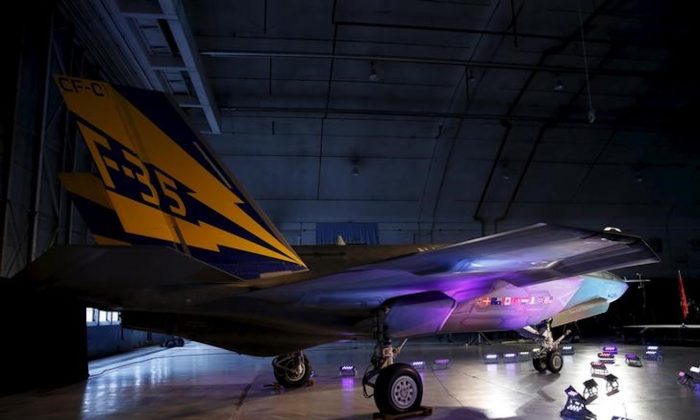 WASHINGTON—The Senate Armed Services Committee unveiled a draft bill on May 23 that targets China on several fronts, from stemming the erosion of the U.S. military advantage against Beijing to countering the growing Chinese influence around the world.

The committee acknowledged that “our margin of military supremacy has eroded and is undermined by new threats from strategic competitors like China and Russia.”

The panel addressed what Congress sees as the threat from China, including stricter reporting of Beijing’s One Belt, One Road (OBOR also known as Belt and Road) international lending program.

The bill would require the creation of a list of Chinese institutions and companies with any links to its military, to be used for screening visa applications for students and researchers.

“A lot of universities just don’t have the information about whether research they’re conducting is under threat,” a senior committee aide told reporters.

Many U.S. universities work on research with military applications and U.S. officials worry about intellectual property theft coming from China.

The annual bill, known as the National Defense Authorization Act, or NDAA, is several steps from becoming law. Next month, the House of Representatives Armed Services Committee, controlled by Democrats, is due to release its own draft version. Then the two committees must come up with a single, compromise version before it can be passed.

It was too early to say exactly which provisions of the Senate draft would survive, but committee aides said they expect most of its major provisions would.

The annual NDAA is one of the few bills that Congress passes every year. As a result, lawmakers use it as a vehicle for a range of policy proposals.

The Senate version of the bill contains $3.6 billion that could replenish money used to fund construction of a wall on the Mexican border, but did not authorize additional funds requested by the White House, senior committee staff told the media.

It authorizes the Pentagon to buy 94 Lockheed Martin-made F-35 stealth fighter jets, comprising 60 of the F-35A conventional take-off and landing model; 12 of the F-35B short take-off/vertical landing version, and 22 of the F-35C, which are used aboard aircraft carriers.

Lockheed is developing and building the new warplanes for the U.S. military and 10 other countries.

The NDAA would remove Turkey from the list of nations that have worked together to build the fifth generation F-35 fighter jet. Like other NATO allies, Turkey is both a prospective buyer and a partner in producing the F-35. But U.S. officials say Turkey’s plan to buy the Russian S-400 air defense system would compromise the security of the F-35 jets.

This year’s proposal authorizes the creation of a Space Force —a proposal strongly backed by President Donald Trump—as a separately aligned service, but still part of the U.S. Air Force.

And it would bar the Pentagon from reducing the number of U.S. troops in South Korea below 28,500.