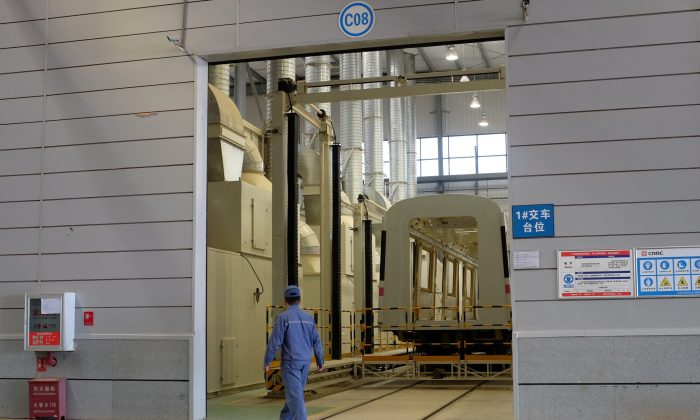 On July 12, the U.S. House of Representatives voted to pass H.R. 2500, the 2020 National Defense Authorization Act, with a provision blocking federal transit dollars for procurement of electric railcars from Chinese State Owned Enterprises (SOEs), and other state-supported companies. The provision has bipartisan support led by Rep. Harley Rouda (D-CA) and Senator John Cornyn (R-TX) as part of the Transit Infrastructure Vehicle Security Act.

Both sponsors stated: “China’s ‘Made in China 2025’ initiative is an unmistakable effort to harm American manufacturers by subsidizing Chinese rail and bus industries. Chinese companies misrepresent themselves as benevolent actors, but let’s be clear: this is an attack on our economy and national security.”

The 20 percent of the 18.4 cent per gallon federal gas tax passed in 1993 has been key to building 20 commuter and 29 new light rail systems. The 32 states and the District of Columbia planning 5-G enabled “smart cities,” expect to spend $10 billion to purchase modern subway, commuter, and high-speed passenger railcars and locomotives.

Chicago Transit Authority kicked off the upgrade cycle in 2014 by cutting a deal with China Railway Rolling Stock Corp (CRRC) to build 846 “smart city” enabled railcars at a 15 percent discount, or $226 million, below the $1.535 billion bid by Bombardier.

It appears that elements of the CRCC bid may have qualified under the 25 percent discount rule to avoid Federal Transit Authority Buy America content percentages.

CRRC with foreign sales booming became a Fortune Global 500 company last year with $30 billion in revenues and 180,000 employees. The company seemed to win a $500 million Washington Metropolitan Transportation Authority contract to open another local factory to build 256 railcars at another factory near the District of Columbia. CRRC was also gearing up for a $3 billion New York City deal to build 1,500 new subway cars.

But the U.S. Congress voiced concerns in 2018 that CRRC had an unfair advantage because China state-owned lenders were supporting its bids with below market financing. Despite Moody’s downgrading the credit solvency of Chicago’s CTA twice, CRRC was able to form a partnership with Tianjin Trust to “finance overseas business.”

Oxford Economics analysis revealed that Chinese manufacturers have the capacity to outbid U.S. domestic competitors through “direct ties to China’s government” under “Made in China 2025.” China is strategically willing to lose money off individual projects to achieve its goal of monopolizing the entire global transit system.

Oxford calculated: “For every $1 billion awarded to a Chinese SOE to build passenger railcars leads to the loss of 3,250 to 5,100 jobs.” To put it into different terms, each U.S. job created by a Chinese SOE costs between 3.5 and 5.4 jobs, when “factoring the direct, indirect, and induced economic impact.”

The final bill is expected to be approved by both Houses of Congress and delivered to President Trump in the next two weeks for his signature and to be chaptered into law.