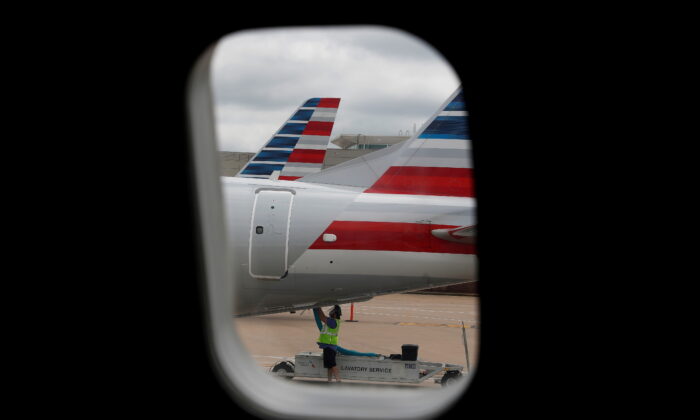 An airlines worker works on an American Airlines plane that arrived at Hartsfield–Jackson Atlanta International Airport in Atlanta, Ga. on May 19, 2020. (Shannon Stapleton/Reuters)
Crime and Incidents

U.S. prosecutors in Colorado on Monday charged a 20-year-old California man with assaulting a flight attendant on an Oct. 27 American Airlines flight that forced its diversion.

The New York to Santa Ana, California flight made an unscheduled landing in Denver after the alleged assault. The U.S. Attorney’s Office in Denver said Brian Hsu, of Irvine, California, who is also charged with interference with a flight crew, is expected to make an initial appearance in California on Monday.

U.S. airlines have reported a record number of violent incidents this year and the Federal Aviation Administration (FAA) has pledged a “zero tolerance” approach.